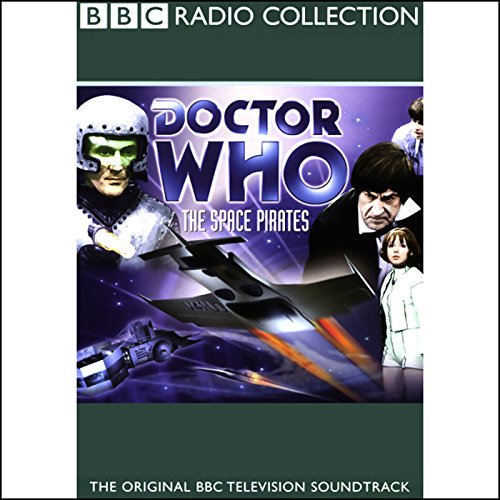 Patrick Troughton's Doctor gets involved in galactic intrigue and piracy in this exclusive recording of a 'lost' television adventure, with linking narration by Frazer Hines.

The Doctor, Jamie, and Zoe become victims of piracy when they materialise on a space beacon, minutes before it is literally blown to pieces. So begins their quest to be reunited with the TARDIS, whilst treading perilously across the paths of the Interstella Space Corps and a gang of murderous bandits.

The eccentric prospector Milo Clancey gives the travellers passage in his ageing spaceship, but the old man is himself the focus of Space Corps investigations. Could he possibly be behind the destruction and salvage of so many beacons in the sector? What is the position of Madeleine Issigri, who runs her father's mining corporation on the planet Ta? And how might a locked room provide the answer to this mystery?

Half the galaxy is spanned in a game of cat and mouse between the law enforcers, led by no-nonsense General Hermack and his V-Ship crew, and the pirates Caven and Dervish, who will apparently stop at nothing to continue their lucrative racket.

This six-part adventure, brimming with visions of space travel in the 21st century, offers space opera on a grand scale and was the penultimate story of the second Doctor's TV era.

Doctor Who Has Never Been Blander

It was very hard to get through this one, very unoriginal and unengaging, possibly Robert Holmes weekest entry into Who.

The sound quality was really quiet for this soundtrack. The others have been much better. I could barely understand what anyone was saying, let alone added with some made up space country accents. Since I kept spacing out, I wasn't too sure what was going on, but basically the Doctor saves some people and they all live happily ever after.

this is as good as it gets for a Doctor Who story. highly recommended for a listen.

Utter bobbins. Even Patrick Troughton can’t save this stinker.
I listened as part of my Doctor Who pilgrimage. Never again!