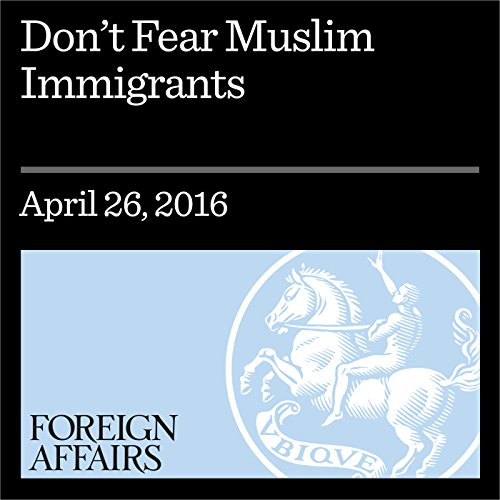 In the wake of the San Bernardino attack last December, US Republican presidential candidate Donald Trump called for a ban on all Muslims entering the country. In an interview with Fox Business shortly after the attack, Trump explicitly connected the failed assimilation of Muslim immigrants to terrorism: “Go to Brussels. Go to Paris. Go to different places. There is something going on and it’s not good, where they want Shariah law, where they want this, where they want things that - you know, there has to be some assimilation. There is no assimilation.” Although most politicians, in both the US Democratic and Republican parties and abroad, condemned Trump’s proposal for a ban on Muslim immigration, more than one-third of Americans and over half of Republicans support it.

"Don’t Fear Muslim Immigrants" is from foreignaffairs.com, published on April 26, 2016.