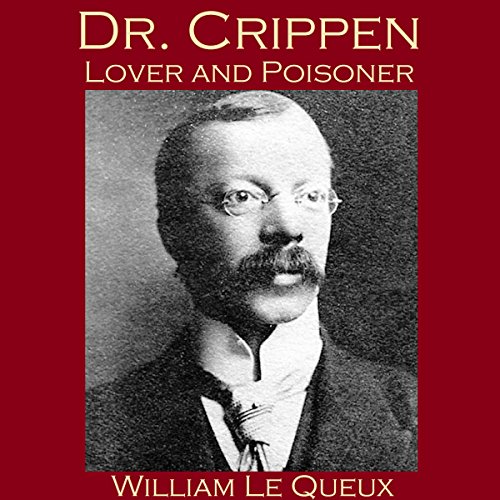 William Le Queux (1864-1927) was an Anglo-French journalist and writer, diplomat, traveler, flying buff and wireless pioneer who broadcast music from his own station long before radio was generally available. He was phenomenally successful as a novelist and short story writer, and many of his tales are based on his own exploits, albeit vastly exaggerated. He is widely recognised as one of the first creators of the spy story genre, in which his diplomatic background, familiarity with European high society and interest in technology combined to create a rich tapestry for his intrigues.

'Dr. Crippen, Lover and Poisoner' is Le Queux's account of the case of the famous poisoner Hawley Harvey Crippen, whom Le Queux claimed to have met personally on several occasions. Crippen, to escape the bondage of an unhappy marriage, and because he had fallen in love with another woman, Ethel Le Neve, murdered and dissected his wife and escaped with his lover in disguise, sparking a transatlantic hue and cry.

What listeners say about Dr. Crippen, Lover and Poisoner