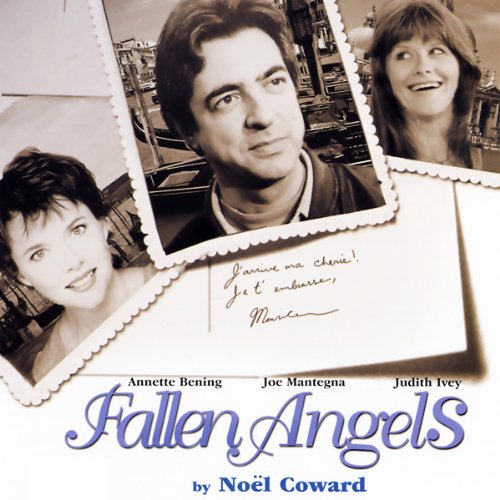 First performed in 1925 in the famous Globe Theater, Noel Coward's "Fallen Angels" surrounds the lives of two happy couples whose relationships are suddenly pitched into turmoil after a postcard arrives announcing the imminent arrival of a suave Frenchman from the women's pasts. Noël Coward has been called one of the greatest humorists of the early 20th century and it isn't hard to see why. This production is also particularly powerful. The L.A. Theatre Works recording is staged in front of a real audience with well-known actors like Joe Mantegna and Judith Ivey.

Julia and Fred and Willy and Jane are happily married and the best of friends, until a postcard arrives with news of the imminent arrival of a certain handsome Frenchman. Gay, debonair, and utterly sophisticated.
©1994 Noel Coward (P)1994 L.A. Theatre Works

What listeners say about Fallen Angels

An unusually fine production of a rarely produced Noel Coward play. The story revolves around the unexpected arrival of an old beau of two ladies who are best of friends and happily married. This sets in motion a series of set pieces between the ladies as rivals that are progressively funnier and funnier. The part of the maid is also a comic gem. You will love this production and laugh out loud, I'm sure.