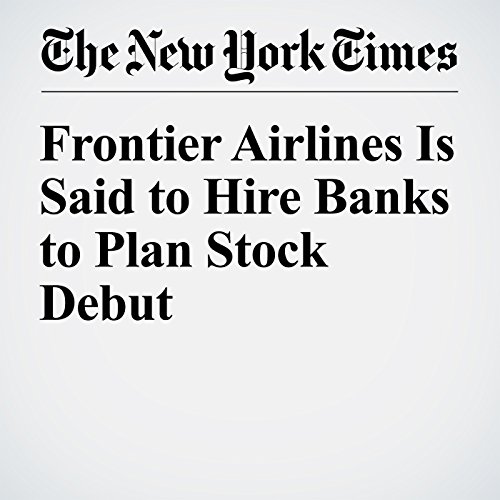 Frontier Airlines — known for offering scant legroom and low prices for rides on planes that have wild animals painted on the tails — is preparing an initial public offering, people with knowledge of the deal said.

"Frontier Airlines Is Said to Hire Banks to Plan Stock Debut" is from the January 05, 2017 Business section of The New York Times. It was written by Leslie Picker and narrated by Corey M. Snow.