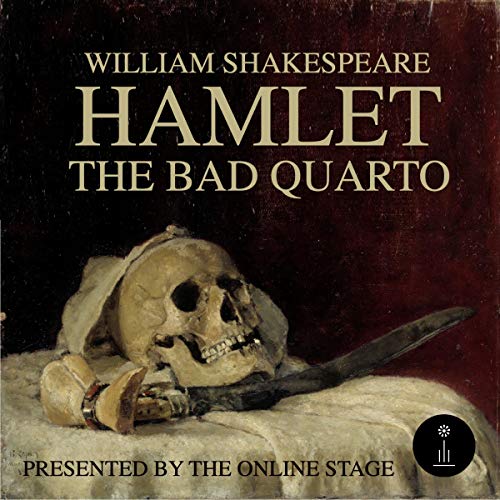 The so-called "Bad Quarto" of Shakespeare's Hamlet is the first known version of this world-famous tragedy. Published in 1603, this text is significantly shorter, has some divergent character names, and contains different renditions of some of the play's most famous lines. Some scholars believe that the Bad Quarto is a pirated edition, written down by one or more of the company actors, while others think that it is Shakespeare's first attempt that he later revised and expanded. Judge for yourself as you listen to this professional full-cast recording of perhaps the greatest play ever written.

What listeners say about Hamlet - The Bad Quarto