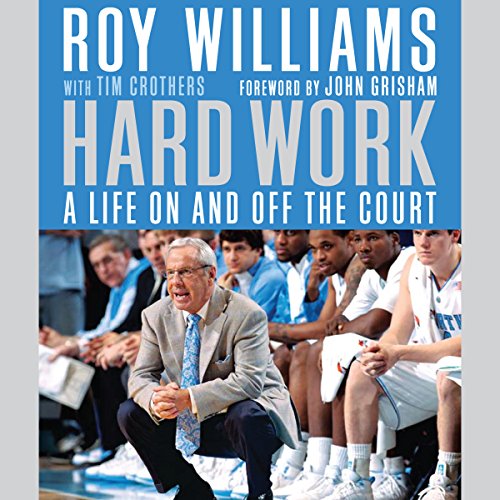 Coach Roy Williams, one of the most respected, successful, and dominant basketball coaches in the nation, had an unlikely rise to the Hall of Fame and a career that boasts the highest winning percentage among all active college coaches.

Now, for the first time, Williams tells the story of his life that few people know, from his turbulent family life as a child to the North Carolina Tar Heels' National Championship victory in 2009. He speaks candidly of his past, his passions, his inspirations, and the coaching philosophy behind one of college basketball's most successful programs. And he recounts the determination that took him from a small home in the mountains of North Carolina to the very pinnacle of coaching success.

"What makes Coach Williams one of the great coaches isn't just his extraordinary record, but his dedication to his players. He's just as serious about making these guys into men and into leaders as he is into making them champions." (Barack Obama)
"His willingness to understand the athlete and get the best out of the athlete is what makes Roy a Hall of Famer." (Michael Jordan)

What listeners say about Hard Work

This is a good listen and a good motivational story. The narrator is somewhat annoying after a few hours but the book as a whole is worth listening to and will keep your attention.

This is by far the best coaching biography I have ever listened to and I have listened to a bunch. It was so good in fact I finished it and restarted and listened to it again.

The book was awsome.....but the country accent the writer has drove me nuts. I couldn't wait to get done with the book so I won't habe to hear that guys voice again. I def. recommend the book, but not three audio version because of the guy reading it.

I absolutely loved this account of Williams' life. Humble. Honest. Refreshing. Left me with a good feeling inside.

Listen to this book!

Book was really good and makes you respect Roy and all his effort. The book details a lot of his personal life and is a great listen.