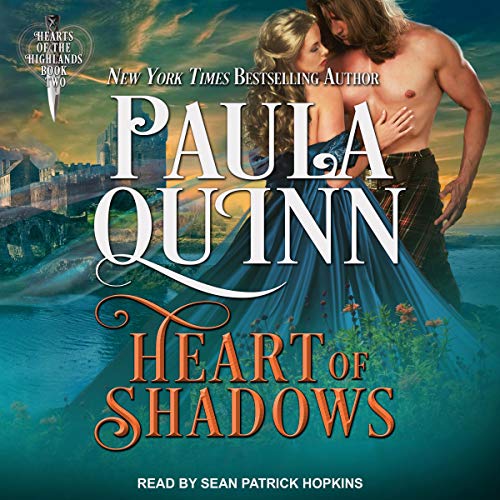 Commander Torin Gray is known among the Bruce's most elite Highland warriors as Shadow because of his prowess at infiltrating any English stronghold and discovering its weaknesses before bringing the king's army to its doors. After watching the English massacre his family when he was a boy, he vowed revenge on them all, one stronghold at a time. For him, the Scottish War of Independence is personal and he will not be stopped. But nothing could have prepared him for the beautiful outlaw he's about to face, or how bravely she draws him out of the shadows and into the light.

Braya Hetherington has always wanted to raid and fight like the men in her family, but her skill as a reiver is frowned upon because she's a woman - especially because she is better at raiding than the men. Braya is a warrior who seeks peace. So when a handsome knight appears at the side of the Warden of the Western Marches and is accused of murdering four of her thieving cousins, she must discover if he is innocent, or risk war. But Torin Gray is unlike any man she's ever met before. Mostly, his needful kisses and possessive touch make her feel weak. And she likes it. Will she forgive him when she discovers he is here to bring the hated Scots down upon them? Or must she kill him before he succeeds?

What listeners say about Heart of Shadows