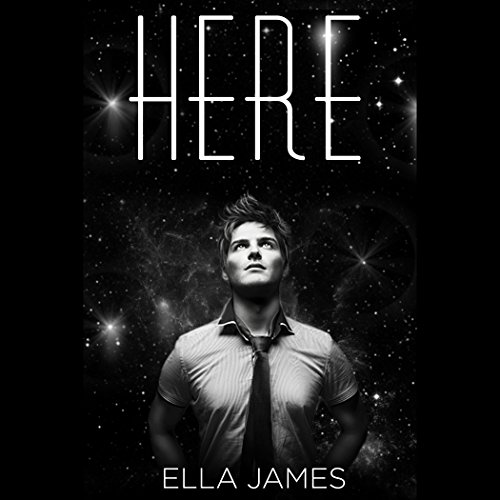 Milo Mitchell's life used to be charmed, but that was before her family dissolved, she went a little crazy, and her best friends started acting more like strangers. Spending Saturday morning in a treehouse with a stun gun for company and a herd of deer for friends is the only exciting thing in her life...until she shoots a fawn and finds her dart stuck in a guy. Her gorgeous victim is dressed in a Brioni tux and armed with a hanky. He has no idea who or where he is. Afraid her dart caused his amnesia, Milo takes him in, names him Nick, and vows to help him solve his mystery. Soon the pair find Nick's face in a newspaper obituary, and Nick begins to have strange, ethereal memories of Milo - who is sure she's never met him. Suddenly Nick knows things he shouldn't know and is doing things he shouldn't do. When the Department of Defense shows up, Nick and Milo run - toward a shocking conclusion that could destroy both their worlds.

The worst book I have ever listened to!

OMG, no plot, whatever exists of a story is so not worth telling,implausible, stupid dialogue. The author repeats the word "lame" three times to show the narrators amazement at her own stupidity. "Lame" is a real good word to describe this book.

Nothing happens and then the most confusing plot turns develop and go nowhere isBoring characterizations. Ridiculous attempt at romance, filled with obsessive physical attraction only. I cannot believe that there is a sequel to this book. I heard the book through audible. The narrator is absolutely amateur, terrible character voices, poor acting,practically no inflection. I knew from the start that I was in trouble as she is not believable. She is even bored with the book.I'm sure Julia Weylan refused the job.

omg, not for me. too young. narrator was dull. meh couldn't get into it. you'll know the first 10 minutes if this is for you.

This is a real departure from the usual YA Thrilller sub-genre. The story is compelling and keeps you on your toes until the big identity reveal. VERY unique. The voice acting is also well done.

the guys voice was a little too uniform and didn't fit well in my opinion but the story was great!