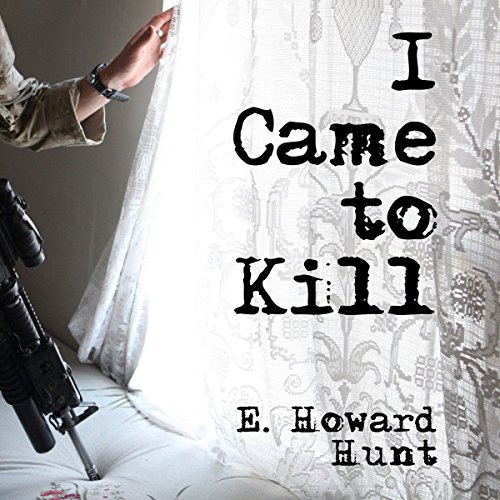 I Came to Kill

Innocent, his own country had called him a murderer. Now murder was his livelihood.

John Seldon hired himself out as an assassin, a sharpshooter, to kill a tyrant named Castro in exchange for cash. He did not flinch from his task until the fatal moment, when he found the girl whose love had made him want to live again.

This 1953 novel is one of over 50 spy and hardboiled novels by CIA agent and Watergate burglar E. Howard Hunt.

What listeners say about I Came to Kill

The main character spends most of the book focusing on how he was wronged and feeling sorry for himself, while trying to show that he’s hard, cold and unafraid. In the end, he sleeps through the one thing he came to this god forsaken island to do, and his love interest takes the shot, rendering him extraneous and thoroughly without purpose.