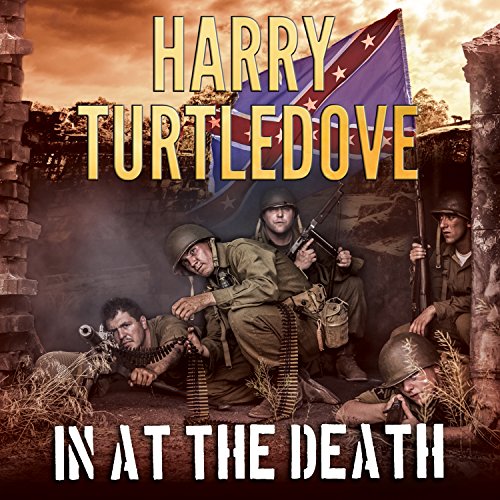 Franklin Roosevelt is the assistant secretary of defense. Thomas Dewey is running for president with a blunt-speaking Missourian named Harry Truman at his side. Britain holds on to its desperate alliance with the United States' worst enemy while a holocaust unfolds in Texas. In Harry Turtledove's compelling, disturbing, and extraordinarily vivid reshaping of American history, a war of secession has triggered a generation of madness. The tipping point has come at last.

The third war in 60 years, this one yet unnamed: a grinding, horrifying series of hostilities and atrocities between two nations sharing the same continent and both calling themselves Americans.

At the dawn of 1944, the United States has beaten back a daredevil blitzkrieg from the Confederate States, and a terrible new genie is out of history's bottle: a bomb that may destroy on a scale never imagined before. In Europe the new weapon has shattered a stalemate between Germany, England, and Russia. When the trigger is pulled in America, nothing will be the same again.

What listeners say about In at the Death

Fairly good, though I will say I wish we got to see more of the aftermath. Perhaps somewhere down the line, but as it stands I found the cutoff a little abrupt

The end of an era.

If you could sum up In at the Death in three words, what would they be?

Very well done for the most part.

The storyline, the narration, not so much.

He didn't seem to get accents quite right, and, I was used to the narration George Guidall did of the other books in the series before Paul took over.

I couldn't do that.

A must-have for fans of alternate history.

This Is All Too Real

This series shows us how humans are capable of the most base and awful acts. A good comparison to what happened during WWII. Regardless, it’s a classic story of the light vs the dark right smack dab in the middle of the USA before the boomers.

Great story, all 10 books. Wishing for more. What will the US vs Germany cold war look like, will the former confederates be a fifth column?

A great conclusion to the series

I loved this book. I loved how realistic its conclusion of the 2nd world war was, and how it showed that the losers were people too and the winners can be less than good people. i loved the way it set up for the possibility of a series in the Cold War era. I eagerly hope for more books in this series. Harry Turtledove is the master of alt-history.

Paul Costanzo did a great job narrating on this fourth and last of the Settling Accounts series. I really enjoy Turtledove's alternate histories and fantasies. this series seemed to be a touch more graphic and vulgar than some of his other writings but I found this more down to earth, more realistic than others as well. don't listen if you are sensitive towards extreme prejudice depictions.

This was an eye opening end to one of the most immersive and realistic alternate timelines ever imagined.

the narrator is pretty awful. mispronouncing words he pronounced correctly two sentences ago. I dont think Paul costanza has ever hear a British person speak.
that being said, what a good book.

End of one of the Best

This book (& series) isn't for everyone, but I think it's one of the best. Can't say enough... it really brings things to life. It makes you glad it's only fictional, and not real.