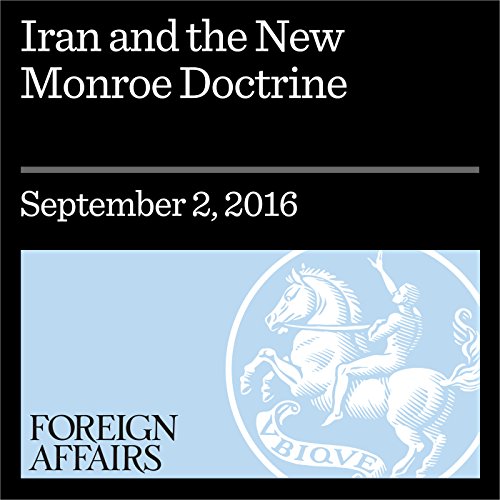 Iran and the New Monroe Doctrine

In Washington, conventional wisdom has long held that Iran’s presence south of the US border constitutes little more than an axis of annoyance. In this telling, Iran’s activities in Central and South America - from numerous commercial and trade deals with various nations to the establishment of cultural centers throughout the region - are disorganized, opportunistic, and ultimately of little consequence. But there is ample evidence to the contrary in the form of Iran’s strategic cooperation with the region’s anti-American regimes, and in well-documented instances of Iranian-sponsored subversion organized there and aimed at US interests and allies.

"Iran and the New Monroe Doctrine" is from foreignaffairs.com, published on September 2, 2016.

What listeners say about Iran and the New Monroe Doctrine