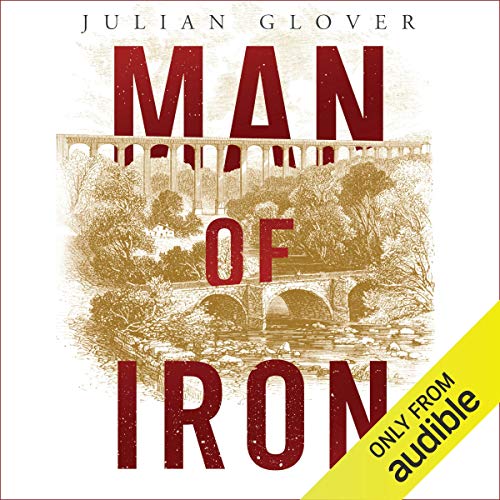 The enthralling biography of the shepherd boy who changed the world with his revolutionary engineering and whose genius we still benefit from today.

Thomas Telford's name is familiar, his story less so. Thomas was born in 1757 in the Scottish Borders; his father died in Thomas' infancy, plunging the family into poverty. Telford's life soared to span almost eight decades of gloriously obsessive, prodigiously productive energy. Few people have done more to shape our nation.

Thomas Telford invented the modern road. A stonemason turned architect turned engineer, he built churches, harbours, canals, docks and the famously vertiginous Pontcysyllte aqueduct in Wales. He created the backbone of our national road network. His bridges are some of the most dramatic and beautiful ever built, most of all the Menai Bridge, a wonder then and now, which spans the dangerous channel between the mainland and Anglesey. His constructions were the most stupendous in Europe for a thousand years, and - astonishingly - almost everything he ever built remains in use today.

Telford was a complex man: a shepherd's boy who loved the countryside but helped industrialise it, an ambitious man who cared little for accolades, highly sociable and charming but peculiarly private about his personal life, and an engineer who was also a poet. He cherished a vision of a country connected to transform mobility and commerce: his radical politics lay not in ideas but the creation of useful, solid things.

In an age in which economics, engineering and national identity came together, Thomas Telford's life was model of what can be achieved by persistence, skill and ambition. Drawing on contemporary accounts, this, the first full modern biography of Telford, at once intimate and expansive, is an utterly original portrait. It is an audiobook of roads and landscapes, of waterways and bridges, but above all of how one man transformed himself into the greatest engineer Britain has ever produced.

Julian Glover is a journalist, speechwriter and special adviser. Previously a columnist for The Guardian, in 2011 he was appointed chief speechwriter to David Cameron before being made special adviser in the UK Department for Transport in 2012. He is married to The Times columnist and former Conservative MP Matthew Parris.

What listeners say about Man of Iron

Thomas Telford (1757-1834) was born in 1757 in Eskdale, a remote Scottish valley close to the England border. He was raised by his mother as his father, a shepherd, died when he was a few months old. He left school at age 12 to work for a local stonemason. At age 25 he moved to London. He then spent the rest of his life building roads, bridges and canals. He was the designer and builder of much of the Industrial Revolution’s infrastructure. He built the Caledonian canal and the Ponteysyllte canal. The Swedish government hired him to plan the Gota Canal in 1810. At that time, it was Sweden’s largest civil engineering project. In Scotland, he built 1000 new bridges, 1200 miles of roads, 40 new or improved fishing ports and three dozen churches. He built the iron bridge over the Sprey and the Menai suspension bridge in Bangor, North Wales. On his death, he was the first engineer to be buried in Westminster Abby.

The book is well written and meticulously researched. Glover was able to show the genius of the man without turning it into a hagiographic biography. Glover showed Telford’s strengths and weakness. Glover sailed across Telford’s aqueducts, crossed his bridges, walked his towpaths and sailed his canals. The book is easily readable and absorbing. Glover wrote in such a way that brings Telford to life almost like a fictional novel. Glover was a speech writer for Prime Minister Cameron. I thoroughly enjoyed the book and learned a lot about how industries change over time. At the end of Telford’s life, all his work was becoming obsolete as the railroad was becoming the major method of transportation for industry rather than canals and horse drawn wagons. If he had lived, he would have needed to learn to build railways.

Daniel Philpott does a good job narrating the book. Philpott is a British actor and audiobook narrator.