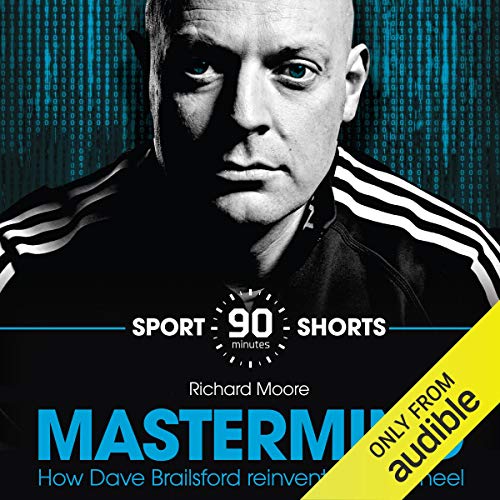 Coach Dave Brailsford has been responsible for bringing British cycling to world dominance, overseeing victories in the 2012 and 2013 Tour de France. This behind-the-scenes look at his career considers his management style, psychology, and philosophy, focusing on his response to doping and other crises during his term at the helm of Team Sky. Cycling writer (and able, if sedate, narrator) Roger Moore looks at Brailsford's response to these challenges, including his reliance on confidants and management manuals. A short but intimate look at an elusive figure making a major dent in the sports world today.

Dave Brailsford has spearheaded the track cycling revolution in Britain, helping turn the nation into a superpower. He is also head of Team Sky and oversaw Bradley Wiggins' victory at the 2012 Tour de France. But who is the man behind the mask?

This is a portrait of one of the most enigmatic presences in world sport; an exploration of his background, a unique insight into the formation of his methodology and an analysis of how he has forged a new path in a sport riven with controversy.

What listeners say about Mastermind: How Dave Brailsford Reinvented the Wheel

Good story, but unclear about how “reinvented the wheel”

Great narration, and a very good story/history lesson about Dave Brailsford. But while the book told events as they happened, I was hoping for a little more analyzation of the methods Brailsford used in his coaching. It briefly mentioned the aggregation of marginal gains, but then when back into the timeline.
Good listen, just wasn’t what I was expecting or hoping for.

Particularly if you are a new rider, hooked on cycling and follow the pro game.

Very basic biography. Wanted to hear more about the specific ways that he turned the team around with aggregation of marginal gains.

Dating back to the time when Team Sky (now Ineos) had only one TdF win, this is more of an assertion that Sky rides clean than a review of how Brailsford “reinvented the wheel”.

This was an excellent short insight into the man and the hidden mechanics of the team. Well worth a listen.

Insight into a Visionaery

So unbelievably dull could not get past it

really great insight into an amazing individual. amazing book which has given me incentive to read more

The narrator monotonous voice made an average listening in to a disappointment!
I was expecting a bit more insight into specific events and riders, only the surface was scratched.

I was hoping for some profound knowledge sharing but for an hour long story which almost seemed like abstracts of a longer and better book.

A subject I am completely interested in, about a man I greatly admire... and it was I am sorry to say a pretty dreary listen... delivered with almost zero enthusiasm.

Not really that interesting and actually quite forgettable. I would recommend Chris Bordmans book if you're after a fascinating look at the world of cycling and marginal gains!

Brief but interesting and informative listen. Not the most enthralling narrative, but good value