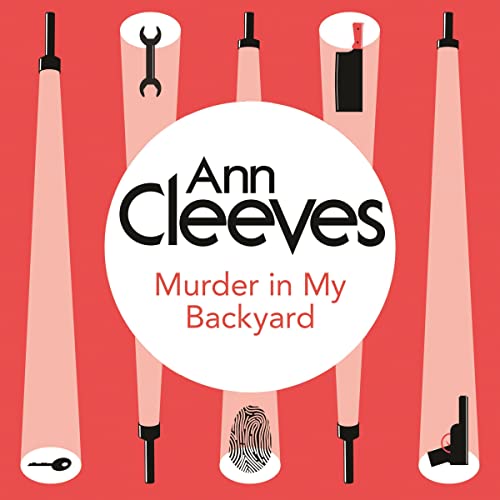 Murder in My Backyard

Murder in My Backyard is the second mystery novel in the Inspector Ramsay series by Ann Cleeves, author of the Shetland and Vera Stanhope crime series.

No one in Heppleburn has a bad word to say about Alice Parry...but here she is, murdered in her own backyard on a bitter St. David’s Eve.

When detective Stephen Ramsay starts asking questions in the village, a more ambiguous picture begins to emerge. Yes, old Mrs. Parry was loved by everyone, but sometimes her kindness had caused trouble. Yes, her two nephews were devoted to her, but they didn’t really want her interfering in their rather complicated personal lives. Even among her neighbours, Alice Parry’s helpfulness had sometimes misfired; and after her death, tension tight as a clenched fist grips the uneasy village.

What listeners say about Murder in My Backyard

A real who done it.

I love when you can't figure out who did until it revealed. That is just what this book did.

Not as good as the other series

Inspector Ramsay is an undeveloped character. This book had a lot of village characters- not all necessary and an okay plot- not the usual level of her writing - just okay. This is no Vera or Shetland for sure.

Enjoyed the character of Ramsay

Great storytelling, leading us through the maze of mistrust & secrecy. Inspector Ramsay is an interesting character, mysterious & at times uncertain. Narrator did an excellent job. Looking forward to the next in series.