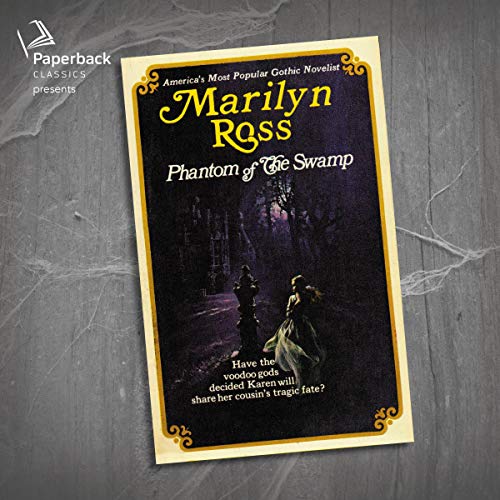 Phantom of the Swamp

The wrath of the voodoo gods means death!

Karen arrives at he Bagnold plantation in Haiti determined to uncover the truth about her cousin Sheila’s mysterious death. Sheila’s husband, Henri Bagnold, is not above suspicion - though Karen finds herself inalterably drawn to the handsome artist.

But Henri is not the only one who had a motive for murder. His beautiful adopted sister, Jean Marie, or his attractive blonde secretary, Dorothy, also had reason to want Sheila dead. So did Leonard, Henri’s cousin, who committed suicide after Sheila’s death and is said to stalk the Bagnold plantation now in zombie form.

Though the natives blame voodoo for the tragedy, Karen is convinced the culprit is human. But when she herself is stalked by the zombie and almost drowns in the pool at the hands of an invisible menace, she suddenly learns what happens when you offend the voodoo gods!