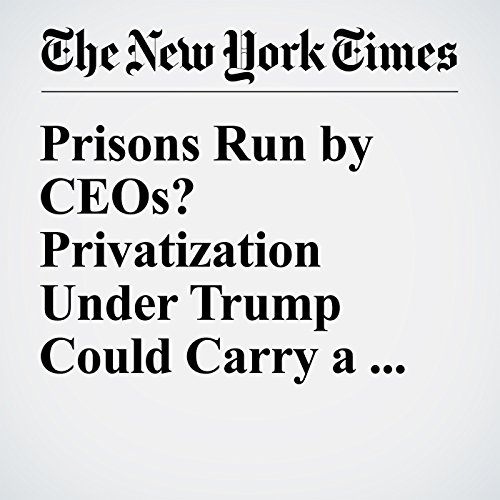 Prisons Run by CEOs? Privatization Under Trump Could Carry a Heavy Price

But privatization is likely to sweep through not only prisons. The president-elect wants to privatize health services provided by the Department of Veterans Affairs. He wants to privatize public infrastructure — drawing private sector companies to fix, build and manage bridges and roads, water supplies and airports. He is selling privatization as a surefire winner that will deliver better services for less public money.

"Prisons Run by CEOs? Privatization Under Trump Could Carry a Heavy Price" is from the January 11, 2017 U.S. section of The New York Times. It was written by Eduardo Porter and narrated by Caroline Miller.