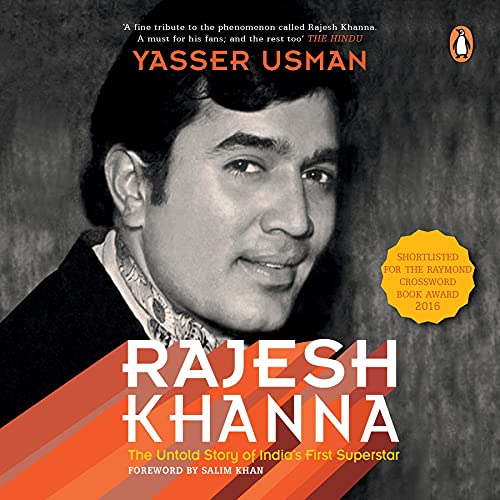 In the 1970s, Rajesh Khanna achieved the kind of fame that no film star had ever experienced before or has since. But then he saw it all vanish. They say superstardom destroyed him. But was it something else buried deep in his past? In this riveting biography, award-winning journalist Yasser Usman examines Rajesh Khanna's dramatic, colorful life in its entirety, from little-known facts about his childhood to the lowdown on his relationships and rivalries, from his ambitious hopes to his deep-seated insecurities.

What emerges is a tantalizingly written, meticulously researched chronicle of a fascinating and mercurial man, one who was both loved and feared by those closest to him. It is a story that encapsulates the glittering, seductive, cutthroat world of Bollywood at its best and its worst.

What listeners say about Rajesh Khanna