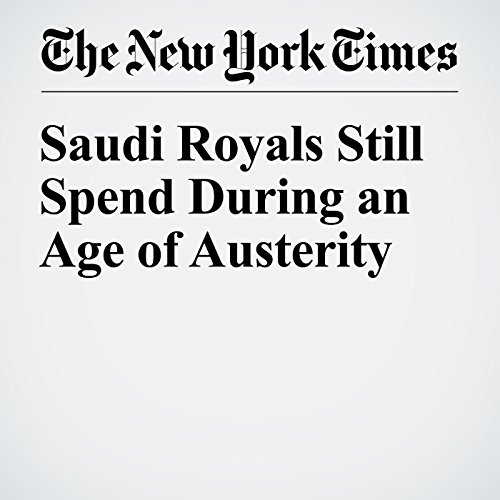 Saudi Royals Still Spend During an Age of Austerity

Even as the Saudi government canceled a quarter of a trillion dollars’ worth of projects back home as part of a fiscal austerity program, workers hustled to finish bright blue landing pads for helicopters at the vacation compound and to erect a tent the size of a circus big-top where the king could feast and entertain his enormous retinue.

“Saudi Royals Still Spend During an Age of Austerity” is from the December 26, 2016 World section of The New York Times. It was written by Nicholas Kulish and Mark Mazzetti and narrated by Caroline Miller.