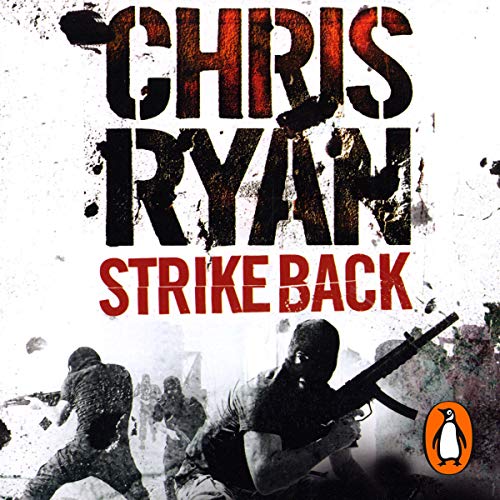 Two soldiers: Sir Peregrine Collinson, Britain's most decorated military hero, a best-selling author, and the prime minister's personal envoy. And John Porter - 17 years ago, he was one of the SAS's most promising young soldiers. Now he's a broken man, a drunken tramp living rough on the streets of London.

In Beirut, a brilliant young Sky TV reporter, Katie Dartmouth, has been captured by a ruthless gang of Hezbollah terrorists. She is to be executed live on television unless British troops are withdrawn from Iraq. A nation holds its breath, and the government is tottering on the edge of collapse. Both men believe they can save her. But only one of them can reach her.

Their paths last crossed 17 years earlier. Now they are about to face each other again. And the strike back is about to begin.

What listeners say about Strike Back

Good storyline but only 2 hrs long

condensed story but not worth an Audible credit for this length of audio book. not good value

An exciting story line. Would recommend.

Well read by the narrator. Definitely a good read and to recommend This one not to be missed.

I liked the underlying theme that second chances in life are possible.
This book is for those, who like fast paced adventure with some gun fights and international terrorism thrown in.
The narrator managed to capture the pace and tension perfectly. Great listening!!