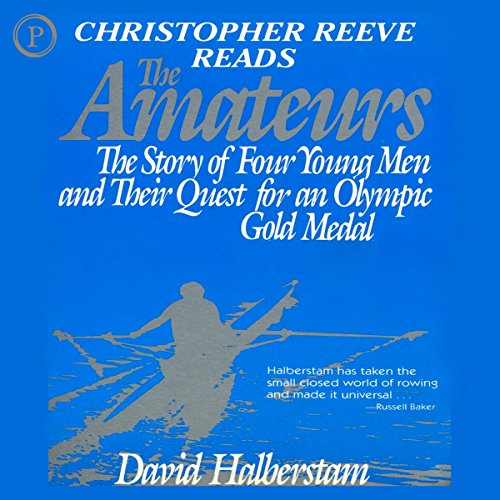 For the first time in almost 30 years, the United States rowing team has a serious chance to win an Olympic medal in the single sculls when four genuine challengers emerge for the opportunity to represent the U.S. in the 1984 Olympics. They compete fiercely in a sport that holds no promise of financial reward. What drives these men to endure a physical pain known to no other sport? Who are they? Where do they come from? How do they regard themselves and their competitors? What have they sacrificed, and what inner demons have they appeased?

Pultizer-Prize winning journalist, David Halberstam takes as his focus the competitors in the 1984 single sculls trials in Princeton - Tiff Wood, John Biglow, Brad Lewis, and Joe Bouscaren - One man will win and gain the right to represent the United States in the 84 Olympiad; the losers will then have to struggle further to gain a place in the two- or four-man boats. And even if they succeed, they will have to live with the bitter knowledge that they were not the best, only close to it.

What listeners say about The Amateurs