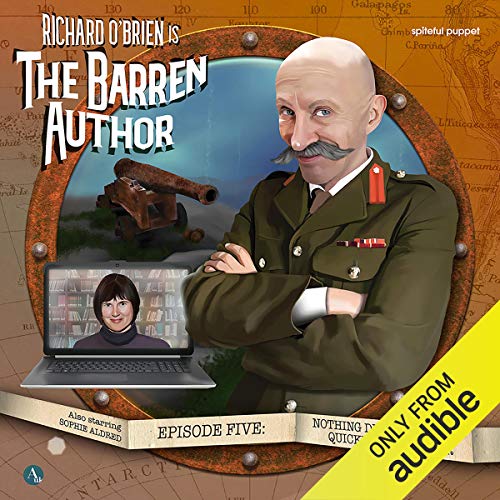 Inspired by the stories of Baron Munchausen by Rudolf Erich Raspe, our tales are not a literal adaptation but instead take the satirical, provocative and absurd spirit of the original tales and reimagine them for 2020.

These fantastical stories are perfectly suited to an immersive audio experience which has, at its heart, the powerful, witty and commanding storytelling of its central character.

But don`t get too comfortable.

Something dark always lies just underneath the comedy.

Something desperate to get out....

Things look bleak for the Brigadier as he is sent to the bottom of Davy Jones’ Locker by the merciless hands of Knight Supremacist, St. John Lawrence-Malcaster. He makes bold his escape with the help of some surprising sailors, an old flame and a couple of antique cannon balls. His revenge is swift and he takes on the might of the Fourth Reich with a combination of pluck, will and a new found love of artillery. His triumphs quickly turn to sorrow, however, as the truth and sorrow of Raqqa is revealed. The Brigadier suspects Smith of being in league with his enemies and warns her that the final battle is imminent.

What listeners say about The Barren Author: Series 1 - Episode 5