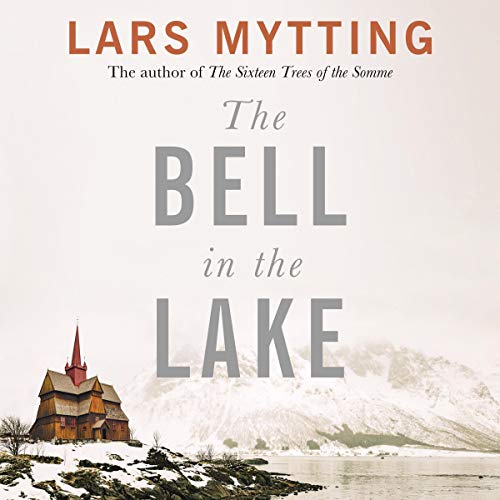 The first in a rich historical trilogy that draws on legend, by a literary craftsman and the author of The Sixteen Trees of the Somme.

Norway, 1880. Winter is hard in Butangen, a village secluded at the end of a valley. The lake has frozen and for months the ground is too hard to bury the dead. Astrid Hekne dreams of a life beyond all this, beyond marriage, children and working the land to the end of her days. Then Pastor Kai Schweigaard takes over the small parish, with its 700-year-old stave church carved with pagan deities. The two bells in the tower were forged by Astrid's forefather in the 16th century, in memory of conjoined twins Halfrid and Gunhild Hekne. They are said to hold supernatural powers.

The villagers are wary of the pastor and his resolve to do away with their centuries-old traditions, though Astrid also finds herself drawn to him. And then a stranger arrives from Dresden, with grand plans for the church itself. For headstrong Astrid this may be a provocation too far.

Talented architecture student Gerhard Schönauer is an improbable figure in this rugged community. Astrid has never met anyone like him; he seems so different, so sensitive. She finds that she must make a choice: for her homeland and the pastor, or for an uncertain future in Germany.

Then the bells begin to ring....

Translated from the Norwegian by Deborah Dawkin.

What listeners say about The Bell in the Lake

This started out well, but meandered and, for all that it was clear the author intended well-developed characters, I felt they were lacking authentic emotion and dimension.

Also, a warning for the squeamish or for those who are pregnant and sensitive or nervous, there is a disturbing birth sequence, nightmarish really, that I expect would be haunting if read in certain situations. I’m on the squeamish side and actually fast-forwarded through part of it (something I don’t normally do).

I returned this because I didn’t enjoy it and wouldn’t recommend it, but it gets quite a few good reviews on goodreads and elsewhere, so perhaps it’s just me. I’d recommend at least reading a few more reviews if you’re thinking of getting it.

Must be one of the best books ever written. Thank you to all of you concerned.

I am can't wait for the next book. Beautiful writing and made me cry in the end.