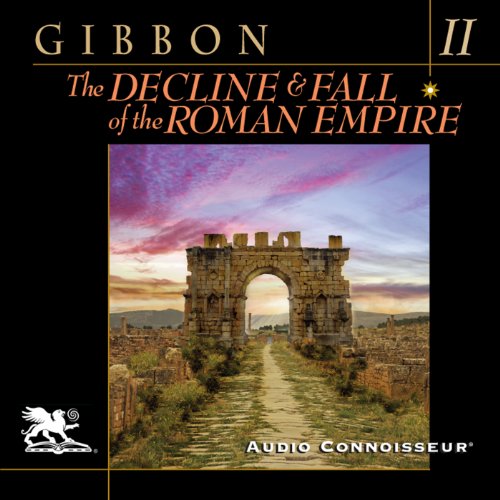 Volume Two begins with the accession of the Roman Emperor Valens in the year 364, a period which heralded vast movements of barbarian tribes from the north and east. The Huns move from the confines of Mongolia westward into Europe, pushing the German tribes in terror before them, who in turn move across the Rhine and Danube into Roman territory. The names of Goths, Franks, Lombards and Vandals will become part of the daily vocabulary.

Gibbon describes in matchless style the dramatic events as the Western Roman Empire disintegrates under the pressure of Germanic invasion and internal corruption. The Roman Empire had become a bloated, bureaucratic nightmare of tyrannical rulers, cruel magistrates, and pitiless tax collectors even before the arrival of the Germans. Roman citizens often welcomed the barbarians as a less odious master.

And as they turn to Christianity for hope, even the new faith is riven by various factions. Meanwhile, the Eastern Roman Empire continues to prosper in the face of constant challenges from the Persians, who are finally repulsed by the Emperor Heraclius…only to witness in the year 630 the rise of a new threat: Islam. The Decline and Fall of the Roman Empire will conclude in Volume Three.

I enjoyed the details of the characters in this book. The narrator is exceptional. I recommend this book to those seriously interested in this historic drama.

Is not displaying a cover design.

Book download does not show an art cover design, although it does display it when I play the book. In all other areas, very good!