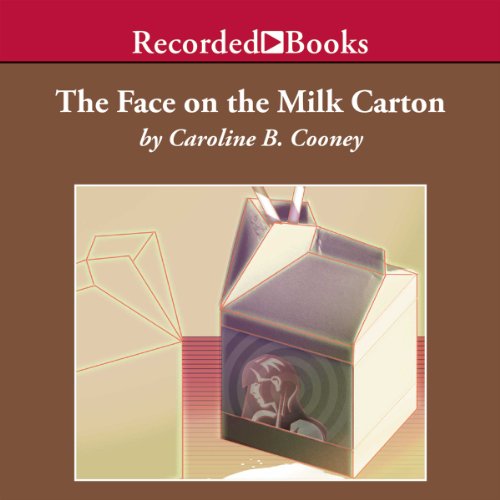 The Face on the Milk Carton

When 15-year-old Janie Johnson sees her own face in the missing children box on a milk carton, her world begins to blur. Was she kidnapped when she was a baby? Who are her parents? And who are Mr. and Mrs. Johnson? Janie’s search for the answers will lead her back 12 years into memories of another house, another family, another life. Her questions threaten to destroy the love she feels for her parents and the security they have given her. But it is a search she cannot ignore.

The Face on the Milk Carton has been extremely popular ever since it was first released. An IRS-CBC Children’s Choice Book, it also has been made into a frequently-aired television special. Recorded Books is proud to offer an unabridged recording of this riveting story that takes on new drama and urgency through Alyssa Bresnahan’s stirring narration.

This story kept me at the edge of my sit, trying to figure out what really happen. it is a really heartbreaking story!!

Another great book from my past

Yes, I would recommend this audiobook to a friend. It has so many twists and turns as it is a psychological thriller for YA's. I read it as a YA in the early 90's in book form but got more out of it in audiobook form this time.

Reeve was my favorite character I think because he just was kind and helpful to his neighbor Janie. Janie was also a favorite because she was a main character with some serious depth to her.

Of course it was but again, just like the last one I read, I had to sleep and eat among other things in life that draw you away from books.

I think the narrator could have been better. I mean she was good but Janie's friends voices were slightly confusing as they overlapped occasionally.

Unimpressive, would not recommend

This book was recommended to me by a few co-workers to use with some of my reluctant reader students. There were several issues for me such as the book could have been half the length and actually said more, much of it was similar to eavesdropping on a series of vapid (even for extremely immature high school girls ) conversations, the ending disappointed every student as well as myself and definitely made us not want to read the sequel, it gave an inaccurate depiction of the Hare Krishna movement, etc. All in all, very disappointing and I would not recommend this although not for the reasons most of the other critical reviews state. It is just flat out not a well-written book

I'm honestly still stunned. I thought the end of the book may have been a joke. It ended right as the book was getting good. Now I have to figure out if I want to pay for the sequel and risk it being the same, or never know what happened to any of the characters 😑

At first it was kinda awkward but then it was leaving me on the edge.of.my.seat!

I love this book because it's a very enjoyable and interesting it made me read the whole series but i'm going to read the last book (Caroline.B.Coonie

This story has a good plot however there isn't much to draw the reader in or deeper. Then it just stops with an abrupt "the end".

I think this book is interesting .

I think this book is interesting because it about a girl who finds out that she has been kidnapped a long time,

oh my god.. this is such a good cliff hanger.

This book is such a great book i insist reading for a great mysterious plot!

I found the premise of the story quite interesting but was surprised it finished as it did.

I realise now there is a second book but in reality think this could have one story - felt a bit cheated .