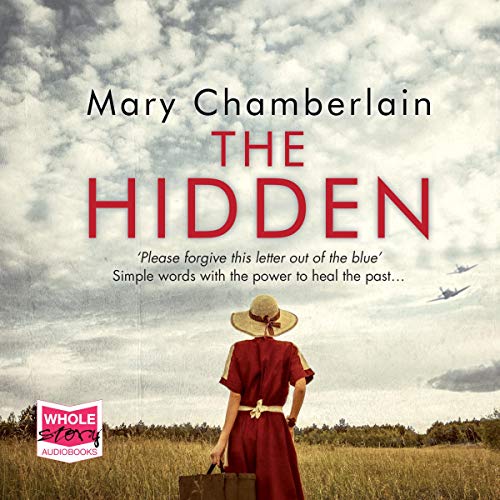 Dora Simon is comfortable in her retirement, indulging her interests in gardening and music. Joe O’Cleary is content on the Jersey farm he helped rebuild with its owner, Geoffrey Laurent. But their worlds are shattered by the arrival of Barbara Hummel, who is anxious to track down the identity of a mysterious woman whose photograph she found among her mother’s possessions.

Forced to resurrect long-buried secrets and confront a past they never thought they would revisit, Dora and Joe’s lives unravel - and entwine - in shocking and surprising ways. Trapped in the Channel Islands under the German occupation in the Second World War, Dora, a Jewish refugee, concealed her identity; Joe, a Catholic priest, concealed a secret. The consequences are as unexpected as they are devastating.

It was the blurb that attracted me to “The Hidden” however I don’t feel it really reflected the reality of the plot. Geoffrey is a much bigger character than credited, he is what ties all the threads of the plot together. The “betrayal” isn’t an actual betrayal, I found myself waiting for the “big” event to occur but it didn’t come, not that the plot needed it. The characters are isolated within their own relationships, a native who is shunned, an Irish priest and a refugee with a secret to hide, in some ways this makes the story predictable and cliched. Everything written about within the book did occur all over Europe but there was so little of how people coped, the problems and hardships they experienced and the interplay of the wider community. That is not to say that each of the three main characters didn’t have a very hard war because they did, it isn’t an easy listen, but I can not help thinking the story could have been so much more than it was.
The narration and performance was perfect. I returned the authors last book as I found it to be awful, The hidden is much better, it is an addictive listen, I found I just had to find out how it ended. I would recommend although having listened to the book once I don’t think I would be inclined to hear it again.

It was a bit disappointing