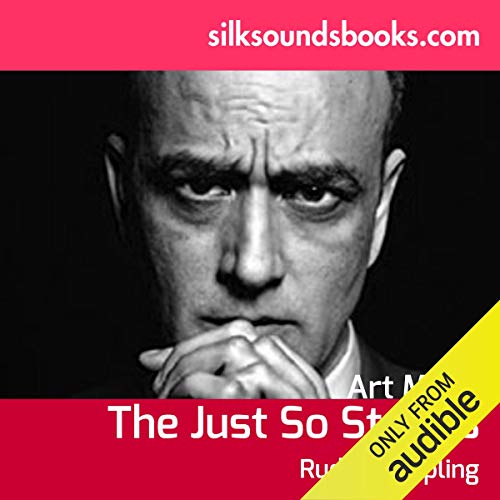 The Just So Stories

'In the high and far off times...' begins Rudyard Kipling's 'How the Elephant Got His Trunk', and off we are taken by one of the most supreme storytellers into a world where children’s questions are turned neatly on their heads and questions are provided which, far from stopping the stream of enquiries, only serve to make it gush faster.

These astonishingly funny and remarkably clever tales were first conceived for Kipling's eldest daughter, Josephine, who died in the influenza outbreak of 1899 and follow directly from the tale told to Mowgli in the second Jungle Book (1895) of 'How the Tiger Got His Stripes'.

They have become some of the most popular children’s works. Even when Kipling's other writing was undergoing a vicious backlash against a fairly obvious affection for the British Colonial system, 'The Just So Stories' remained firmly untouched by the swingeing criticism. And quite rightly, they are glorious.

Children love the innovatively mistaken narrator and Kipling's gently wicked undermining of the voice of authority, a line which leads directly to the children's books of such modern writers as Roald Dahl. Parents love the provoking of enquiry, which Kipling believed to be the greatest tool with which a child should be equipped. The rest of us just love the beauty of the writing and the fact that these stories remain extremely funny.

What listeners say about The Just So Stories