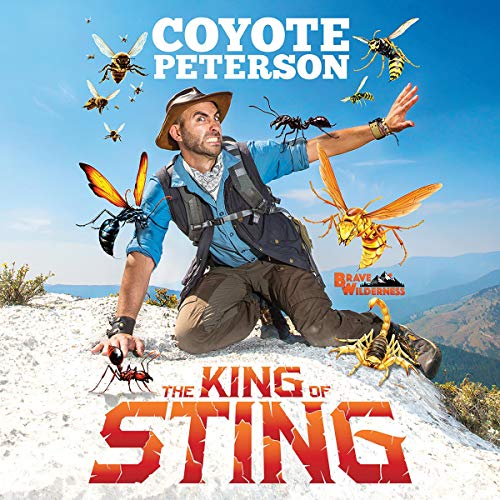 The King of Sting

Wildlife expert and Emmy Award-winning Coyote Peterson brings his 12.5 million YouTube subscribers and legions of kid fans a full exploration of his "Sting Zone" adventure series, culminating in his thrilling encounter with the "King of Sting" - the Executioner Wasp.

Coyote Peterson, YouTube star, animal enthusiast, and creator of the Brave Adventure series, has tracked down some of the world's most painfully stinging insects and chronicled getting stung by each of them on his YouTube channel. Coyote has saved the best - or possibly the worst - for last, and he's finally ready to share his experience with the most painful sting in the world: the Executioner Wasp. Packed with facts about nature's most misunderstood creatures, The King of Sting is a dream book for any kid that loves animals, bugs, outdoor exploration, and danger!

What listeners say about The King of Sting

what a story! it is definitely worth the listen. I loved hearing the lead up to the sting.

This book make me think deeper into caring animals and creepy crawling. It also make me not fear of creepy crawling now and had inspired me in many ways such as being aware of where I'm stepping. This book is very educational!

It’s like hearing more details about the stings than the videos give and Coyote does a good job narrating.