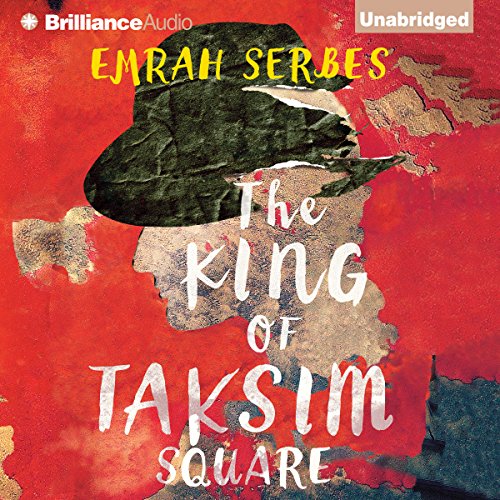 The King of Taksim Square

Seventeen-year-old Çaglar is just another apathetic teenager - except when it comes to his sister, Çigdem, who he believes is the world's most beautiful and brilliant nine-year-old. Determined to display her genius, Çaglar grooms Çigdem's talent into a perfect Michael Jackson impersonation and pursues a sure route to fame: YouTube.

Tragically, Çaglar's efforts are sabotaged by a little incident internationally known as the Taksim riots. Now it seems that everyone's too busy watching the people's uprising unfold to click on Çigdem's video. That leaves Çaglar only one recourse: he will have to use the riots to his advantage. After all, who wouldn't want to watch a child doing the moonwalk against the backdrop of political unrest? But as Çaglar strives to showcase his sister, he finds himself pulled into the heart of the uprising and discovers that he may just have talent of his own.

From bestselling author Emrah Serbes comes a hilarious, poignant story of a teen's struggle to find his place and launch his sister's star amid Turkey's real-life fight for freedom.

Gave up on this one

What disappointed you about The King of Taksim Square?

The narration was okay, but I just could not get into this book. The writing is stilted (maybe that is a result of the translation), but it often felt like adjectives were being used in lieu of storytelling. I tired quickly of hearing the uncle called an idiot, and I had no love for the sister, who seemed like a brat.