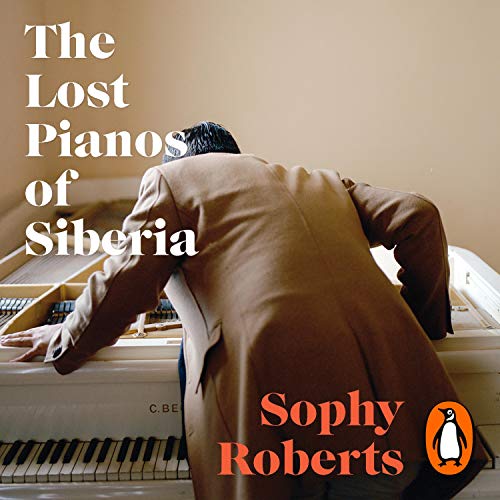 Siberia’s story is traditionally one of exiles, penal colonies and unmarked graves. Yet there is another tale to tell.

Dotted throughout this remote land are pianos - grand instruments created during the boom years of the 19th century and humble, Soviet-made uprights that found their way into equally modest homes. They tell the story of how, ever since entering Russian culture under the influence of Catherine the Great, piano music has run through the country like blood.

How these pianos travelled into this snow-bound wilderness in the first place is testament to noble acts of fortitude by governors, adventurers and exiles. That stately instruments might still exist in such a hostile landscape is remarkable. That they are still capable of making music in far-flung villages is nothing less than a miracle.

But this is Siberia, where people can endure the worst of the world — and where music reveals a deep humanity in the last place on earth you would expect to find it.

"A sparkling debut by an outstanding and gifted author. A brilliant guide to Russia of the past and the present, set around an extraordinary search for the heart, soul and lost keyboards of centuries gone by." (Peter Frankopan)

"A masterpiece of modern travel literature with words that sing from its pages. A definitive exploration of Russia's wild east." (Levison Wood)

What listeners say about The Lost Pianos of Siberia

Beautifully written this original subject matter is treated in a sensitive, page turning delight, a perfect uplifting book for these difficult times. Thank you.

Would have been a 5-star but for the Russian.

Sophy Roberts made a good and lively narrator for this except for one huge thing which is not necessarily her fault, but why, oh why, did those who produced this recording not get advice on how to pronoune the Russian names? Almost every place name or person's name that she utters is wrong. If you have an interest in the subject, it is likely that you know some Russian or may at least have heard these names pronounced properly so it is very frustrating and distracting. Lake Baikal, which should be pronounced Bai-KAL (stress on KAL) was pronounced 'Bykle', the Christian name Pavel which is pronounced 'PAH-vyel' was pronounced by her as PavELLE. The famous singer Galich (pronounced GAH-leech) was pronounced GA-lick; the surname Fedorovna pronounced 'FyeDORovna' was pronounced 'Fedder-OVna', and there are loads and loads more, too many to mention here. I found this extremely irritating as it would have been so easy to check these out with a Russian speaker. The same thing happened with the recording of 'A Gentleman in Moscow' where the common word 'dacha' (pronounced 'DATCH-a' was called 'dakka'. Annoying.

The narration sounded too fast, like someone was rushing through it. If you slowed it down it didn’t sound right either.
Some fascinating stories presented in an interesting order but spoiled by the narration.

The pretext of this book seems strange at first; it is the story of the pianos of Siberia. You may well think that this is a very narrow and specialist subject and, on the face of it, you would be correct. But there are many different layers to this story that uncover the secrets of Siberia; Imperialist Russia, the Soviet Union, and post Soviet Russia through the remarkable stories of some of the famous and not so famous pianos. The backdrop to the story is the mysterious lands of a vast unknown province that seems alien to most people in the west.
In the mid 19th Century, concert pianists were the equivalent of the rock stars of today and they, and their instruments, were in high demand at the Royal Courts of Europe, Russia included. Franz Liszt was the Jimi Hendrix of his day living a flamboyant lifestyle and frequently smashing up his instrument to delight of his ecstatic audience. Some instruments of this time have survived and following the Russian Revolution the the Stalinist Cultural Revolution many were moved, sometimes by road, to Siberia where they remain to this day. Many dissidents and intellectuals were banished to Siberia and for some these pianos were their outlet for artistic freedom and continued to be preserved and played.
This is more than the history of pianos, it is a social and political history of Russia. It is a remarkable story of survival by Sophy Roberts which has been painstakingly researched and lovingly told. Thoroughly recommended.

A description tapestry of place, people, history and music culture in a remote land. I loved it!

This is a book written as a project. The author enjoys travelling and visits a lot of interesting places but there is little sense of commitment or conviction. She does not speak Russian, nor knows much about music. The people she describes are just so much fodder for the project. It has gloss and a superficial quixotic appeal but is ultimately unsatisfying.

Good in parts but too long. Narrator monotonous.

Interesting in parts, this clearly became a personal voyage and travellog with the pianos as a pretext. Predictable and repetitive historical context. Once in a while a great character or incident lifted the narrative, but overall it was too long. the narration was dull.


l have listened to the book twice now. and I am going back for a third