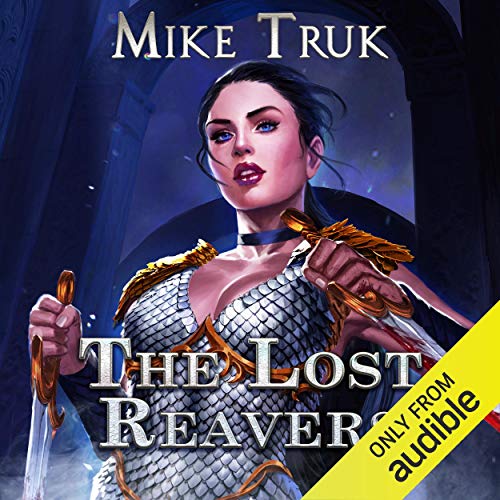 The curse that made Lord Hugh of Stasiek the most dangerous man in the empire also destroyed his will to live. He now yearns for nothing more than dissolution, to lose himself in strong wine, reckless gambling, and in the arms of countless beautiful women. Yet when the call comes from the one man he cannot disobey - his elder brother, the duke - he puts aside his dreams of death and rides forth to secure the fate of a seemingly insignificant border town.

Joined by a small cadre of uniquely lethal and gorgeous women, Hugh crushes every obstacle before him, only to discover an insidious and malignant force that defies even the power of his blade. A force that, if left unchecked, will consume not only the town and everyone Hugh has come to care for, but sweep down into the duchy itself and bring forth an age of fire and ruin.

Only Hugh's curse - that fey, wretched source of his ungodly might - gives him a chance of preventing this dire fate. But choosing to consciously embrace that power - the same that near drove him to death - could have consequences far beyond anything he could imagine....

Warning and minor spoilers: This is an 18+ audiobook intended for mature listeners. It contains graphic sex, medieval violence, and harem relationships.

What listeners say about The Lost Reavers

I'm not going to finish this book because I'm bored to tears by it. Normally I don't care if the mc is a blatant Mary Sue, but this takes the fucking cake.
and when he's not an insatiable sex god or a unkillable warrior beast, he whines. Oh, god how he whines.
Not worth it.

After suffering a great trauma Hugh tries to drown out all the ghosts of his past with drink, gambling and any other vice that will keep his mind from reliving the horrors of his past. He is called forth from this stupor by his brother, a Duke, to go and check and reinforce on a town to their outer territory. This leads to him gathering a small team that is the center of the book.

The heart of this book centers on four damaged characters trying to connect and fix one another while trapped in this place on the outskirts of their dukedom. It has action, violence, intrigue, backstabbing and everything else a great fantasy book could want all while keeping these characters growing and strengthening their bonds.

The narration by Tess Irondale is stupid good and she is one of the best narrators around and keeps the sense of hope in these characters as they are enveloped by the darkness of this world. Anyone that has read any of Mike Truk's prior books will be very pleased with this book, and I look forward to more from this series. The only bad part is waiting for the next book.

The story is not bad, but the MC was a bit much

This is a darker fantasy series, with harem and heavy combat elements. Tess Irondale is amazing as always.

To be honest, the MC was a bit much for me. Even with the grit and darkness of the series, The MC gets alot of deus ex help, while generally just being a whiny dick the whole time. There are attempts at character development, but whenever it starts down that path, it suddenly will just jump to the end, with no real content to support it.

Overall, this book and any follow on titles would appeal to those who are into a dark harem fantasy, with over the top MCs.

Mike writes another great story and Tess Irondale once again delivers a wonderful performance. Read this.

Bought for Tess, stayed for the story.

This was my first Mike Truk book, and I though it was great. I really like the MC's powers and the horrible cost that it comes with. The plot and characters and extremely engaging, and the harem elements are pulled off masterly with story/harem working together instead of overriding each other. Definitely recommend for a read, as for narration, I bought this book solely because it was Tess Irondale, I always love her narration, and will get anything remotely interesting she does. So 5/5 for narration thought I admit I'm biased.

I am more than surprised

I was expecting another dumb MC and shallow story propped up by a harem and over overly descriptive sex. However what I got was a story that felt real in many was. This wasn't predictable or overrated. It did feel like it wasn't going anywhere but it kept you interested in the prospect of something big around the corner. I look forward to book 2.

The narrator was pretty good. I do feel like distinction between characters is a just a liitle lacking but it was still better than most.

Tess Irondale is great as always and this is my first story by the author and I enjoyed it from start to finish. The books right up my alley for shameless enjoyment.

wow I love mikes works and this book is a great addition to the collection.

I recently discovered Mike Truk and I have absolutely loved every book! I wasn’t expecting a new story, so when I saw this, it was a surprise. Having just finished it, all I can say is that Mike Truk has absolutely smashed it again! I cannot wait for the next book....whichever one it is!

A complex, fascinating adventure that ends with...

...An avalanche of blood.

Do you like violence?
Do you like gorgeous, complicated characters?
Do you love detailed, intricate worlds that, despite the magic and mysticism still feel grounded?

Then this book is for you.

Imagine a protagonist that is as strong as he is, haunted. One who draws beautiful women to him, just as much as he pushes them away. Imagine a hard world full of dangerous people, with the quiet moments being just as exciting as the hidden dangers and sudden brutal moments of violence.

I love the pace of this book, I love the characters, I love the possibilities of this series going forward and if any of the above interests you, then you'll love this book too!

Great as usual from Mike Truk

As always, wonderful characters and an interesting plot. Cannot get enough of mike's Stories!

A fascinating adventure that makes you want more

Mike has done a brilliant job with this book. A gritty story about loss and redemption and shows some effects of PTSD. It has gorgeous and complicated characters, along with some violence, magic, and mysticism.

Hugh is a deep character; he is a depressed man who just wants to whittle away his time drinking and whoring. All because he has an intense survivors’ guilt from a past tragedy, and those demons are with him 24/7 and are what gives Hugh his enormous power.

Hugh is called back into service by his older brother and is sent to a remote town to bring it in line, and he is joined by Anastasia the sorceress, Morywyn a badass warrior and Elana, a serving girl who keeps following Hugh begging to go along until he finally gives in. However, Elana is harbouring a secret, which will cause a lot of repercussions (you’ll need to read/listen to find out more).

Hugh is not immediately likeable, but the more you read, the more you like him, and by the end of the book, you will be wanting the next instalment.

This is (almost) exactly my kind of smut

Harem fantasy fiction is, at best, a genre of guilty pleasures. Even so, Mike Truk elevates his contributions beyond that sordid foundation.

Yet his protagonists suffer the same terrible limitation that afflicts most in the genre: an infuriating susceptibility to feminine deceptions. Hyper masculine wish fulfilment is great and all, but it's hard to enjoy the fantasy when your heroes so often follow their cocks to edge of their own dooms.

Came across this author awhile ago and can absolutely vouch for his series. The details, descriptions of actions and scenes, characters. All of it fantastic