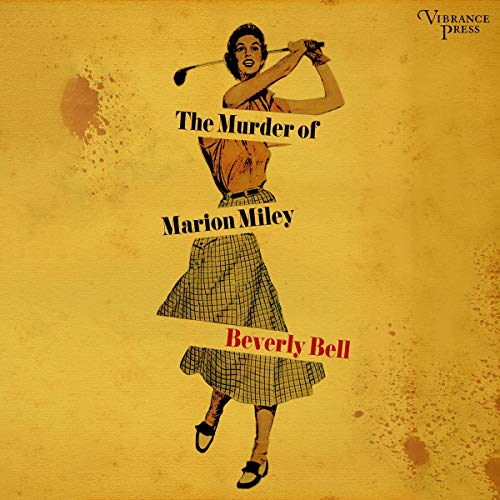 The Murder of Marion Miley is the novelization of the 1941 murder of a nationally beloved ladies golf star. This novel has been described as Sea Biscuit meets In Cold Blood and The Lovely Bones.

In the early morning of September 28, six shots ring out on the otherwise quiet grounds of the Lexington Country Club. As dawn breaks, news spreads that golf champion Marion Miley - winner of every US women’s amateur tournament save the National Title - has been brutally murdered. A giant manhunt begins, and a flood of support pours in from around the country to bring the killers to justice.

Bell’s novelization of the Kentucky murder, which hit headlines across the world, captures the chaos of the first three weeks following Marion’s death, and then oscillates between three voices through the sensational trial: Marion’s father, Fred; her best friend, Fritz; and the first man to confess to the crime, Tom Penney.

Marion's determination and success against the odds, as the daughter of a golf pro competing against high society darlings, endeared her to everyone who crossed her path, including jazz crooner Bing Crosby.

What listeners say about The Murder of Marion Miley