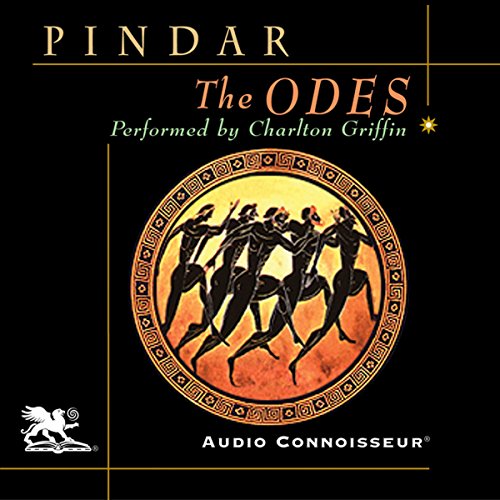 The Odes of Pindar

Pindar was one of the greatest lyric poets of ancient Greece. He is best known today for his odes to the victors of athletic contests, including those at famed Olympia. These odes, the only complete surviving pieces by Pindar, are marvels of sustained imagination, packed with dense parallels between the athletic victor, his illustrious aristocratic ancestors, and the myths of Olympian gods and heroes like Jason, Heracles, and Perseus.

Those myths were the religious foundation for the athletic festivities. Pindar knew these athletes and their noble families, as he was a member of the nobility - he had a personal link to the traditions that were highly cherished by Dorian Greeks. Pindar's renown as a poet was richly deserved, and he was extremely well paid for his work.

Although the Olympic games are today the most famous of Greek athletic contests, they were not the only ones of importance. The Isthmian, Nemean, and Pythian games were also highly regarded in ancient times, and odes to victors in those games make up a large part of these surviving pieces. The extreme piety with regard to the gods Zeus, Apollo, Aphrodite, Hera, and the Muses is singularly apparent throughout. It is indicative of the spiritual reverence of the Greek people in this period. There has never been a poet who celebrated the majesty and mystic significance of athletic competition more magnificently than Pindar.

Where does The Odes of Pindar rank among all the audiobooks you’ve listened to so far?

After enjoying charlton griffins reading of the history of Rome with his very well schooled accent. I was rather disappointed with this one. Admittedly Pindar is rather an obscure interest and there are unlikely to be many more readings available. However it certainly a felt that griffin had little knowledge and Understanding of the poetry he was reading, it felt as if it the stuff was being read for the first time without rehearsal or familiarity. I am grateful that it is available at all but a little more effort in the production could have improved things immensely. Pindars poetry is interesting (to me) for some of the Greek myths it contains and as the insight it gives to Ancient Greek history so worth a listen for those reasons.