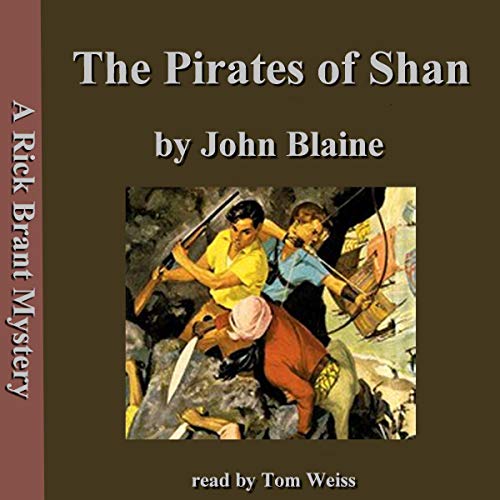 Two of the scientists from the acclaimed Spindrift Scientific Foundation in New Jersey are missing in the Philippines. When the staff zoologist, Dr. Howard Shannon, and the staff archaeologist, Dr. Anthony Briotti, fail to turn up on schedule from an expedition to the Sulu Sea, the entire Foundation became personally concerned. All work stops while the staff speculates on what might have happened and what course of action to take. Rick Brant, son of Hartson Brant, the founder of Spindrift, is especially upset when it seemed as though no one is doing anything to locate them. Hartson Brant sends Rick, his pal Scotty, and the physicist Hobart Zircon to the Philippines to try to locate the missing scientists. Unlike other Rick Brant books, this novel has less science but far more action and adventure.

Rick Brant is the central character in a series of 24 adventure and mystery novels by John Blaine, a pen name for Harold L. Goodwin. Goodwin was a popular science writer with a strong technical background and a sense of style unusual in the juvenile adventure series field. The books are suspenseful, well-plotted, and enriched by humor and important characterization as well as personal experience. Exotic locales such as tropical islands, the Philippine jungles, and the Himalayas give vivid and well-researched descriptions. All in all, a good fun listen for teens of all ages.

What listeners say about The Pirates of Shan