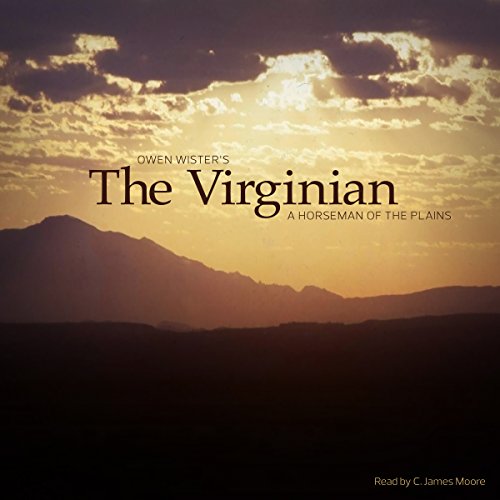 Written first as a series of stories in the late 19th century and published later as the quintessential Western novel in the early years of the 20th century, The Virginian: A Horseman of the Plains by Owen Wister contains elements of breathtaking adventure, courage, grit, conflict, humor, and heartfelt emotions that continue to resonate in the 21st century.

In The Virginian, Wister crafted the matrix for hundreds of Western-themed books (Riders of the Purple Sage, Shane), radio (Gunsmoke), movies (Red River, High Noon), television series (Rawhide, Hell on Wheels), and even musicals (think Oklahoma) to follow. At its heart, The Virginian, set in 1880s Wyoming, is a sagebrush love story between a tall, dashing young cowboy from the Old Dominion and Molly Wood, a Vermont-born schoolteacher. Their relationship is pulled to a frightening tension by the bitter rivalry between the Virginian and the black-hearted Trampas. Hard-ridden cowhands, ornery rustlers, gold seekers from back East, kindly ranchers, a barroom temptress, a demented hen, beloved horses, dastardly villains, and love-smitten sweethearts all blend to make The Virginian a must-listen-to audiobook of the West as it once was.

What listeners say about The Virginian

This is a great story,especially considering how old it is. The narrator, C. James Moore does a great job and is a pleasure to listen to. To me a narrator is a huge part of the experience.