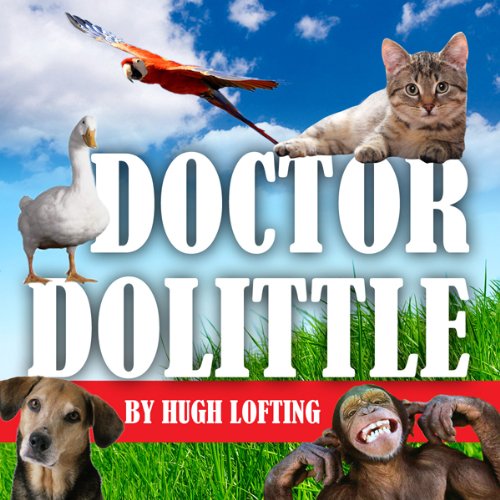 The Voyages of Doctor Dolittle was the second of Hugh Lofting's Doctor Dolittle books published in 1922. This novel takes us to the different adventures of Doctor Dolittle in the Mediterranean, South America, and even under the sea. Doctor Dolittle meets Tommy Stubbins, the young son of the local cobbler, who becomes his new assistant. Tommy learns how to speak animal languages and becomes involved in the Doctor's quest to find Long Arrow, the greatest naturalist in the world.

The narration was so monotone and uninteresting it made a wonderful and exciting book seem boring. I downloaded this for my son and he could not get into and i couldn't blame him.

What would have made The Voyages of Doctor Dolittle better?

a different narrator - this is the one time i didn't sample before buying... bad, horrible, terrible idea. we didn't even make it 5min before the kids were begging to turn it off. what a waste of a credit!!!!

The voice and performance of this audio book is so horrible the book is not possible to listen to. My kids refused to listen to it because they couldn't stand the woman's voice. I tried a year later and couldn't make it past the first page.
Great book but you're going to have to read this one.

Our family loved this book, but the narrator of this version was TERRIBLE. Do not listen to this version.