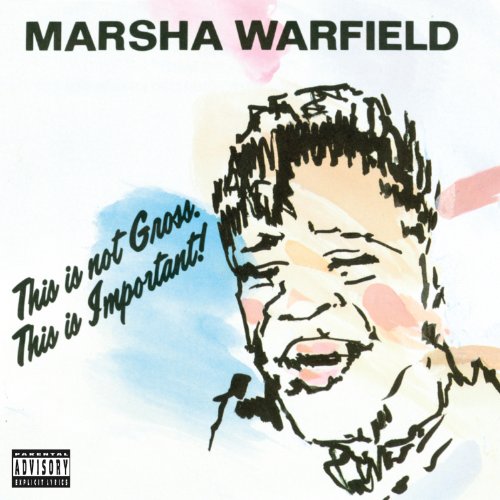 This Is Not Gross, This Is Important

Marsha Warfield is best known as 'The Bailiff on Night Court'.

In the late 1970's I was asked to judge a Comedy competition at The Punchline in San Francisco. The participants were Marsha Warfield, Whoopi Goldberg, and one other whose name escapes me. As a result of that competition, I signed Marsha to Laff Records and produced this album.

Not for the tender eared.

With no holds barred, Marsha Warfield, the comedian and actress best known as the bailiff on Night Court, makes the listener laugh mainly about the subject on everyone’s minds - sex - on her comedy album This is Not Gross, This is Important. It’s a powerful subject, and Warfield riffs on it with refreshing candor. This classic album of comedy, originally recorded in 1987, preserves an authentic and truly funny voice. Warfield grew up on the South Side of Chicago and cut her teeth in comedy writing for Richard Pryor. Her wry voice and her willingness to head toward the unexpected make this comedy album a truly entertaining experience.