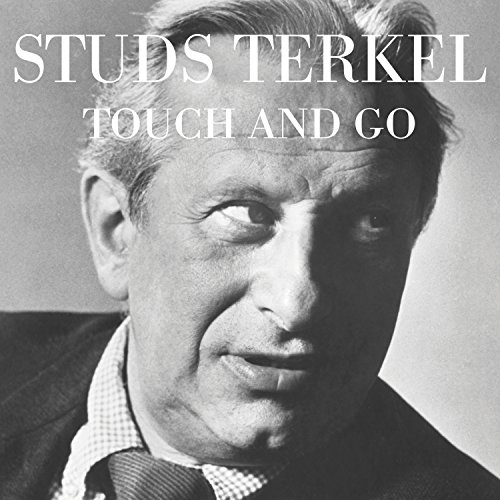 At nearly 95, Studs Terkel has written about everyone's life, it seems, but his own. In Touch and Go, he offers a memoir that, embodying the spirit of the man himself, is youthful, vivacious, and enormous fun.

Terkel begins by taking us back to his early childhood with his father, mother, and two older brothers, describing the hectic life of a family trying to earn a living in Chicago. He then goes on to recall his own experiences as a poll watcher charged with stealing votes for the Democratic machine, as a young theatergoer, and eventually as an actor himself in both radio and on the stage - giving us a brilliant and often hilarious portrait of the Chicago of the 1920s and 1930s. He tells of his beginnings as a disc jockey after World War II and as an interviewer and oral historian, a craft he would come to perfect and indeed personify. Finally, he discusses his involvement with progressive politics, leading inevitably to his travails during the McCarthy period, when he was blacklisted and thrown out of work, despite having become by then one of the country's most popular television hosts.

Fans of Studs Terkel will find much to discover in these remarkable reminiscences. Others will be captivated to learn of the unique and eclectic life of one of America's greatest living legends.

"A fitting portrait of a legendary talent....Americans might get to know their collective past a lot better if all history lessons were as absorbing and entertaining as this one." ( Publishers Weekly) "Emotionally charged (but never sentimental), politically charged (but never formulaic) and energy-charged....Terkel is a self-aware and self-effacing presence who happily knows he has been at the center of many things." ( Kirkus Reviews)

Studs has an amazing memory, but it is not very discriminating any more. The first half of the book did not interest me. There are amazing stories in the second part--these are the jewels I refer to. The rest are a waste of time.

About what you would expect from someone nearly 100 years old. It is rambling, disjointed and insufferable. Go the a nursing home and chat with a centenarian for 10 hours to get a feel for if you want this book or not.