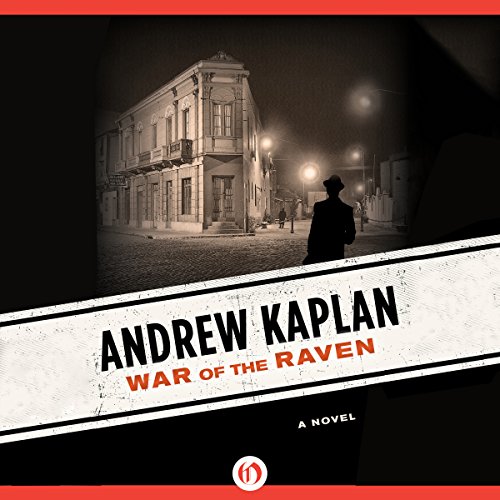 War of the Raven

Master storyteller Andrew Kaplan presents an explosive, atmospheric thriller set in the early days of World War II, when the Nazis, with the help of their Argentinean collaborators, staked out territory in the South Atlantic.

An Argentine playboy races down the darkened alleys of Buenos Aires, a German on his tail. He darts into a steamy tango hall and begs one of the dancers for refuge, but his pursuer is unshakable. The German leaves with the scrap of information that had been destined for the Americans. The playboy was a spy for the Allies, known as Raven.

American polo player Charles Stewart is sent to discover who the Raven's source was. A secret agent in a time before the CIA, he wants to be on the front lines in Europe, not in the back alleys of Buenos Aires. But the Nazis have engineered a plot to turn Argentina toward their cause--and with it all of South America. The world's destiny will be decided in the land of tango, and Stewart, mingling with Argentine high society, will be the one leading the dance.

War of the Raven was selected by the American Library Association as one of the 100 best books ever written about World War II.

Great novel based on Argentina history

A very intriguing story with lots of switches and mystery. Wonderful discriptions of the land and the people of Argentina. it's easy to get lost in time as its hard to stop reading.