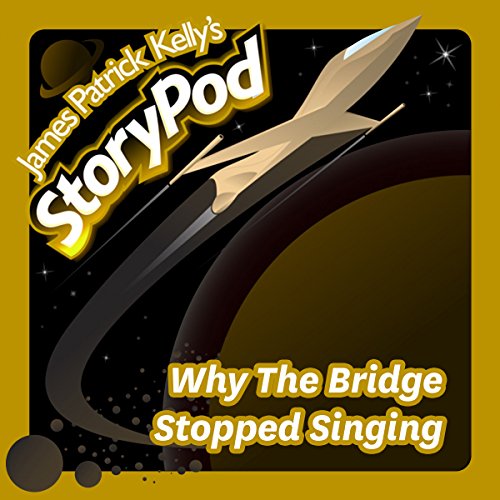 Why The Bridge Stopped Singing

Whatever Nojo imagines comes true, which is why he's huddled with a group of other homeless men under a bridge on a frigid winter night. They're waiting for Mags and her mysterious friend Angel, who may be bringing them the whiskey they crave or the death they fear.

Author James Patrick Kelly is a two-time winner of the Hugo Award and a 2007 Nebula Award winner. His stories appear frequently in Asimov's Science Fiction, and he writes the magazine's "On the Net" column. Publishers Weekly has called him "a meticulous craftsman in the demanding short-story form".