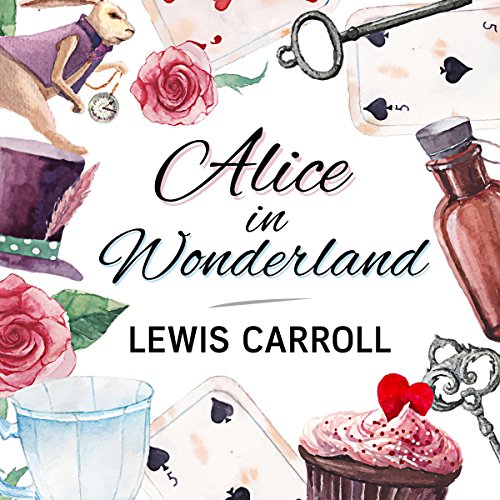 Originally called Alice's Adventures Underground, Alice in Wonderland tells the story of a young, intrepid little girl who follows a White Rabbit underground and falls into a topsy-turvy dream world, a world where the impossible becomes possible. Listeners will love meeting unforgettable characters such as the Mad Hatter, the Knave of Hearts who steals some tarts, the grinning Cheshire Cat and the formidable Queen.

A beloved classic, Alice's Adventures in Wonderland has continued to enchant children and adults for generations.

What listeners say about Alice in Wonderland

I of course read it earlier and listened to it now. It was weird as always. performance was good.

The narrator is amazing.

This is clearly an abridged version.

Many questions are left unanswered.

The narrator gave her best and is very entertaining.

I had read this book in my childhood and didn't remember much so thought of revisiting it. I was decidedly underwhelmed and the end seemed abrupt and almost incomplete. I guess some things are best left untouched in adulthood

Good
Audible posts reviews at its discretion. All the submitted reviews become the property of Audible as set forth in our Conditions of Use. In most cases, reviews will be processed for display in one or two days.