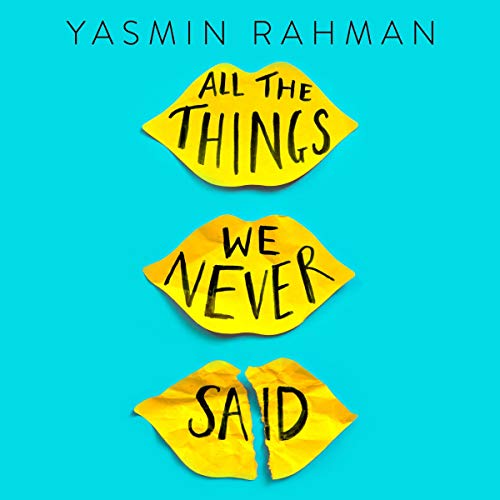 All the Things We Never Said

A powerful YA debut exploring the life-saving power of friendship.

Sixteen-year-old Mehreen Miah's anxiety and depression, or 'Chaos', as she calls it, has taken over her life, to the point where she can't bear it any more. So she joins MementoMori, a website that matches people with partners and allocates them a date and method of death, 'the pact'. Mehreen is paired with Cara Saunders and Olivia Castleton, two strangers dealing with their own serious issues.

As they secretly meet over the coming days, Mehreen develops a strong bond with Cara and Olivia, the only people who seem to understand what she's going through. But ironically, the thing that brought them together to commit suicide has also created a mutually supportive friendship that makes them realise that, with the right help, life is worth living. It's not long before all three want out of the pact. But in a terrifying twist of fate, the website won't let them stop, and an increasingly sinister game begins, with MementoMori playing the girls off against each other.

A pact is a pact, after all.

In this powerful debut told from three points of view, Yasmin Rahman has created a moving, poignant novel celebrating life. All the Things We Never Said is about friendship, strength and survival.

What listeners say about All the Things We Never Said

Insightful, funny, chilling and an eye opener into some of the struggles that young people face today. I'm not a fan of the frequent swearing which is why I gave 4 instead of 5 stars, however the narration was brilliant. Thank you Yasmin!

I found this book was quite gripping but gave a good ending. I didn’t like the language in the story using the F word a lot but if you beyond it it’s quite good. Nothing I imagined it to be but a good book overall.

The story was good. I just really didn’t like the voice of Olivia… overall it was good

I thought this book was amazingly written and did such a wonderful job conveying the thoughts that someone who suffers from anxiety and depression it is and the feelings that people go through, I thought this was pretty accurately written and realistic in what these girls would have been going through especially at their age. I absolutely loved it, the story, the plot, I honestly couldn’t get enough even though it was hard to listen/read certain parts it was definitely worth it to get through the end. I also love how all these characters where from different backgrounds and dealing with all different reasons that they thought they Life was too difficult and thought their was only one option to make their suffering stop...well at least until they met each other.