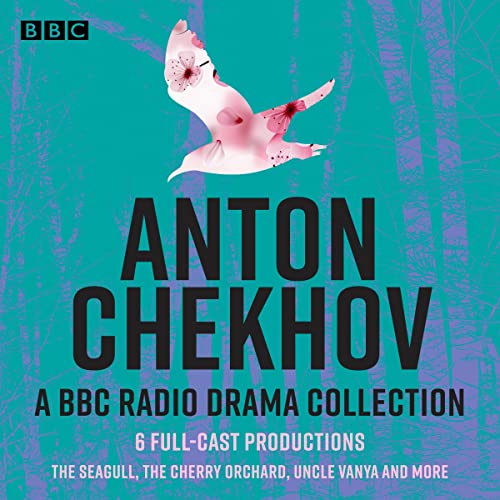 BBC radio productions of some of Anton Chekhov's finest plays.

A master of Russian realism, Anton Chekhov is renowned for his meticulously observed plays and short stories exploring the human condition, in all its joys and sorrows. Included here are six of his best-known dramas, as well as Michael Frayn's adaptation of Wild Honey, drawn from an early, untitled Chekhov play; and one documentary exploring Chekhov's life and work.

The Seagull - Recorded on location in Russia, this much-praised version of Chekhov's classic set on a lakeside dacha features a star cast including Diana Quick, Alex Jennings, Robert Glenister and Helena Bonham-Carter.

Ivanov - 19th Century landowner Ivanov is in debt and depressed - can the love of a beautiful young woman rejuvenate him? Alec McCowan, Maurice Denham, Maxine Audley and Judi Dench star in this vintage production, adapted by John Gielgud.

The Cherry Orchard- Returning home from Paris, Madame Ranyevskaya and her daughter Anya discover that the family estate must be sold to cover their debts. Can they save their beloved cherry orchard? Starring Sinéad Cusack, Anna Massey, Patricia Routledge and Andrew Sachs.

Three Sisters - Stuck in provincial Russia, Olga, Masha and Irina dream of one day returning to Moscow. But life keeps getting in the way... Hattie Morahan, Scarlett Alice Johnson and Flora Spencer-Longhurst star in Chekhov's poignant meditation on love and longing.

Uncle Vanya - Life on a rural Russian estate is thrown into turmoil by the visit of the ailing Professor Serebryakov and his beautiful young wife Yelena. Anton Lesser stars as Serebryakov, with Lyndsey Marshal as Yelena and Neil Dudgeon as Vanya.

Michael Frayn has asserted his right under the Copyright, Designs and Patents Act, 1988, to be identified as author of this work. All rights reserved