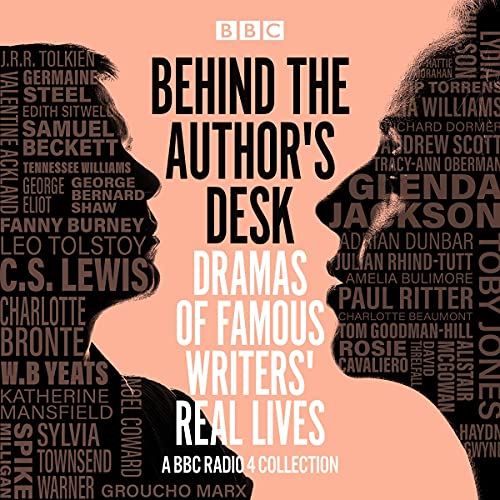 18 biographical dramas based on the lives and loves of celebrated writers.

Jane and Tom - Writing to her sister, Jane Austen describes her love for Tom Lefroy - a love that would lead to Pride and Prejudice.

A Year at the Races - Approaching the end of his career, Groucho Marx meets a wisecracking fan determined to teach him new comedy tricks.

Spike and the Elfin Oak - A comic fantasy inspired by Spike Milligan's madcap attempts in the mid-1960s to preserve a curious sculpture in Kensington Gardens.

Everybody's Got Conditions - Casting Bette Davis in his play The Night of the Iguana proves the biggest mistake in Tennessee Williams' career....

I Believe I Have Genius - Humble and obscure, young Charlotte Brontë travels to Brussels to study at a girls' school.

Marian and George - Marian Evans (a.k.a. George Eliot) must choose between her adored brother and the love of her life....

Lying Low - An intriguing drama imagining what happened to Samuel Beckett during his mysterious three weeks in Folkestone in 1961.

A Terrible Beauty - WB Yeats travels to France to propose to beautiful Maud Gonne, soon after her husband's execution in the 1916 Easter Rising.

The Watcher on the Wall - Dramatised from his letters, this is the story of Louis MacNeice's transatlantic love affair and the poetry it inspired.

The 'B' Word - The opening night of George Bernard Shaw's Pygmalion causes a scandal and sparks a passionate love/hate triangle....

The Rules of Palship - The young Noël Coward demanded fierce loyalty from his friends - but did he live up to his own high standards?

The Lost Road - A playful tribute to the long friendship between CS Lewis and JRR Tolkien and how it influenced their respective masterpieces.

Luxembourg Gardens - Re-imagined from Katherine Mansfield's stories, letters and journals, this Mansfieldesque play explores her last day in Paris, where she is dying of consumption aged 34.

What listeners say about Behind the Author's Desk: Dramas of Famous Writers' Real Lives