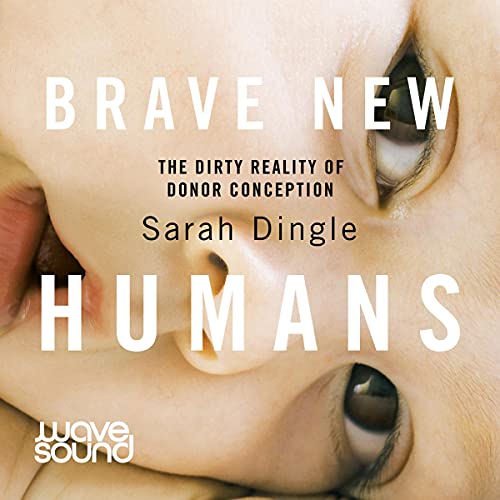 Journalist Sarah Dingle was 27 when she learned that her identity was a lie. Over dinner one night, her mother casually mentioned Sarah had been conceived using a sperm donor. The man who’d raised her wasn’t her father; in fact, she had no idea who her father was. Or who she really was.

As the shock receded, Sarah began to investigate her own existence. Thus began a 10-year journey - digging through hospital files, chasing leads and taking a DNA test - that finally led to her biological origins. What she discovered along the way was shocking: hospital records destroyed, trading of eggs and sperm, women dead, donors exploited and hundreds of thousands of donor-conceived people who will never know who they truly are.

Brave New Humans shines a light on the global fertility business today - a booming and largely unregulated industry that takes a startlingly lax approach to huge ethical concerns, not least our fundamental human need to know who we are, and where we come from. But there’s one thing this industry hasn’t banked on: the children of the baby business taking on their makers.

"An exceptional and personal narrative that exposes the appalling ethical standards of industry and governments worldwide." (Quentin Dempster)

"Sarah Dingle has courageously turned her journalistic skills to the secrets of her own birth, throwing a spotlight on the complicated world of donor conception." (Leigh Sales)

This book is captivating look at the lack of regulation in the Australian fertility industry. It is truly shocking and anger-provoking. As a donor conceived person who recently discovered the truth of my identity accidentally via an AncestryDNA test, I fell off a cliff into the DC world only two weeks ago. This book helped me navigate all the emotions that come with such a revelation and introduced me to all the wonderful support groups out there. This should be recommended reading not only to DC people but all individuals considering fertility treatment.