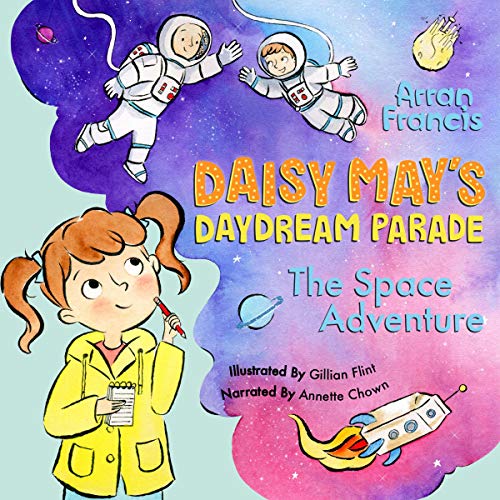 Eight-year-old Daisy May is the star of her very own TV show, Daisy May’s Daydream Parade, which broadcasts live and exclusively in her imagination. In the latest episode, "The Space Adventure", Daisy May is joined by Aunt Netty as they venture to the moon on The Oat Milk Enterprise with a plan to explore and eat mooncakes. However, when Daisy May’s imagination expands, the episode features more and more exciting and unpredictable twists and turns, leading to ice-skating on Saturn’s rings, floating through the solar system on ginormous intergalactic space oranges, and a showdown with the much feared Monster of the Moon.