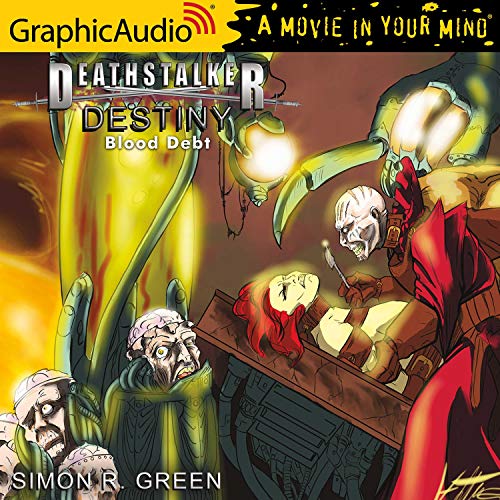 The Blood Runners are an ancient culture, possessors of occult knowledge and power. Isolated in the forbidden Obeah system, they conduct horrific experiments exploring the nature of suffering, death, and immortality. And the person Owen Deathstalker cares for most has fallen into their aberrant clutches. But Owen’s Madness Maze-given powers appear to have abandoned him after the exhausting battle of Lachrymae Christi. In a stolen starship, the Deathstalker races against time on a desperate mission that is equal parts rescue and suicide. After their questionable resolution of the crisis on the planet Loki, Jack Random and Ruby Journey return to Golgotha and are summoned to an angry Parliament. When they arrive, they find the war against humanity going badly for the Empire on all fronts. And now, the dreaded Recreated have come from beyond the unknown territory of the Darkvoid. But the first order of business for Jack Random is to deal with the evil he sees within the Empire itself, in a vicious strike that will brand him a monster in the eyes of many, including the one he holds most dear.

What listeners say about Destiny (1 of 2) [Dramatized Adaptation]