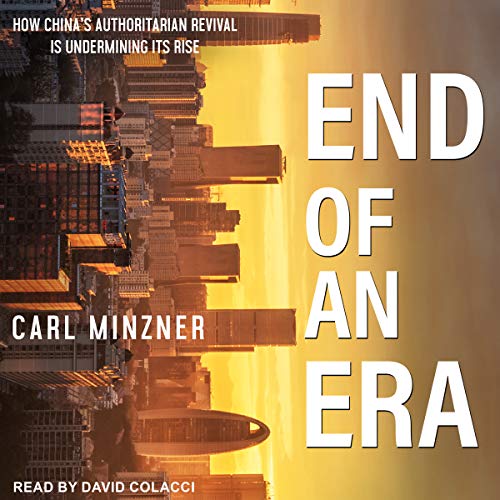 End of an Era

Since the 1990s, Beijing's leaders have firmly rejected any fundamental reform of their authoritarian one-party political system, even as a decades-long boom has reshaped China's economy and society. On the surface, their efforts have been a success. Political turmoil has toppled former Communist East bloc regimes, internal unrest overtaken Middle East nations, and populist movements risen to challenge established Western democracies. China, in contrast, has appeared a relative haven of stability and growth.

But as Carl Minzner shows, a closer look at China's reform era reveals a different truth. Over the past three decades, a frozen political system has fueled both the rise of entrenched interests within the Communist Party itself and the systematic underdevelopment of institutions of governance among state and society at large. Economic cleavages have widened. Social unrest has worsened. Ideological polarization has deepened.

Now, to address these looming problems, China's leaders are progressively cannibalizing institutional norms and practices that have formed the bedrock of the regime's stability in the reform era.

Interesting, but missing the point due to brevity

While the author is knowledge, cites statistics, quotes and artifacts, this is one of the most shallow books I have every read. I expected more. maybe the book would be 800 pages if he developed his ideas.

Few people would read that masterpiece, but it would have been a masterpiece instead of this.

The China analysis is interesting and well put together, but the statements lack footnotes to support and formulate a strong idea about the topics.

The authors anti-Trump sentiment has either blinded him towards American Foreign Policy or he is just not credible.