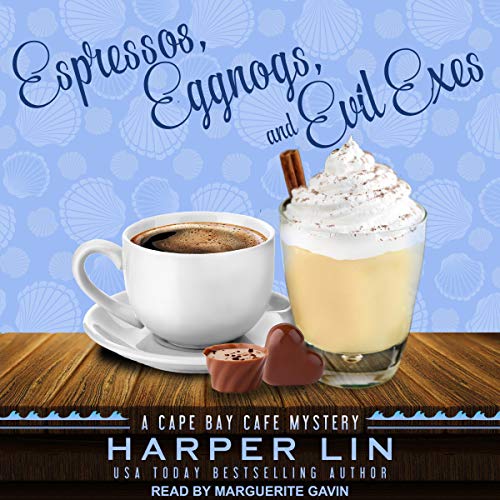 On New Year's Day, Fran takes her dog Latte on a walk. Luck of all luck, she finds a dead blonde on the sidewalk - right outside Ryan's house. Sammy, Fran's best friend, has been staying with Ryan, and she becomes the police's number-one suspect.

The victim was Ryan's ex-girlfriend, an out-of-towner who has been secretly terrorizing and stalking Sammy. Sammy's DNA has been found on her body, so the police think she has motive for killing the ex. Everyone in town knows Sammy wouldn't hurt a fly, but Detective Mike Stanton has been thrown off the case, and a tough detective from Boston takes over who is convinced Sammy is the killer.

Fran can't just sit back and watch her best friend - and the cafe's best latte maker - go to jail. Book 7 of the Cape Bay Cafe Mysteries features the most high-stakes murder case yet.