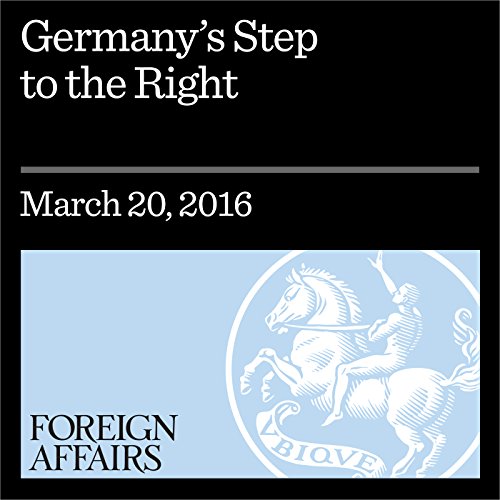 Germany’s Step to the Right

The applause began as Björn Höcke, a 43-year-old Alternative for Germany (AfD) politician from the German state of Thuringia, took the stage at the Event Tagungs Center in Magdeburg, a city of 230,000 people in eastern Germany, last Sunday. “What an extraordinary day!” he said. “Today, we have fought like lions, my friends. Today, we begin a new chapter in the history of the Federal Republic of Germany, and of German history itself!” His party, which is right wing and conservative, had just won big over German Chancellor Angela Merkel’s Christian Democratic Union (CDU) in state parliamentary elections.

"Germany’s Step to the Right" is from foreignaffairs.com, published on March 20, 2016.